THE high debt levels of Malaysia’s civil servants are nothing surprising.

In the Central Bank’s Financial Stability Review released last September, findings showed that civil servants spent more than half of their monthly salaries on repaying debts.

In Bank Negara’s box article entitled “Civil Servants’ Debt: Risks and Policy Considera­tions”, it notes that these high debt levels are even more apparent for those earning less than RM5,000 monthly.

After considering their monthly expenditure on basic necessities and debt obligations, they are left with only 15% or RM360 to RM586 to spend on discretionary items. 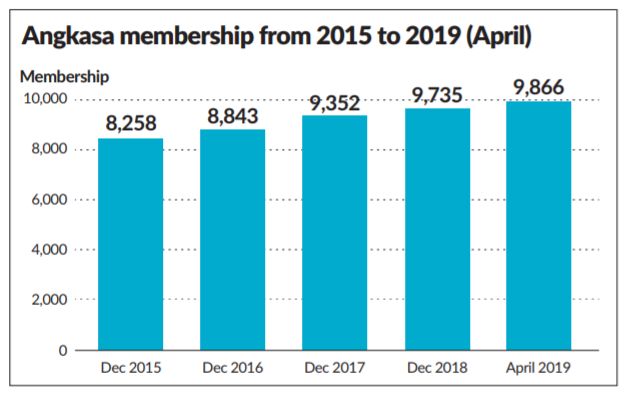 Almost half of the borrowings or 47% is for consumption purposes such as personal financing, motor vehicles, credit cards and others. This is higher than the national average of 35%.

Bank Negara also stated that the debt repayment capacity of civil servants remained lower than the average borrowers at the national level and while this currently posed limited financial stability risks, it could have broader socio-economic implications.

The study, which covered 1.26 million out of 1.6 million civil servants, comprising permanent federal government employees and the police, showed that 97% of them had some form of borrowings. 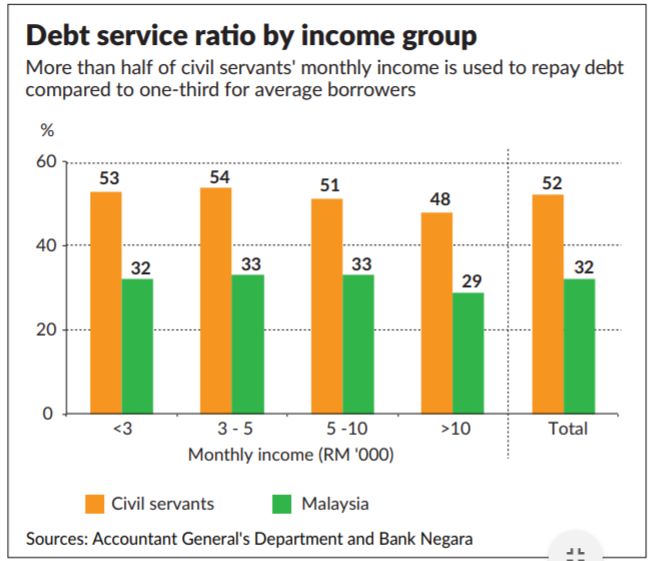 While the expansion in civil servants’ debt over the past six years has been marginally slower than total household debt (CAGR of 7.6% and 7.7%, respectively), notable differences can be observed in terms of the growth drivers. Based on anecdotal evidence, personal financing is commonly used to sustain the standard of living and lifestyle choices of borrowers and for small business use.

Credit obtained from non-bank financial institutions (NBFI) amounted to 62%, significantly higher than the national average of 18%.

“By geographical location, close to half of those indebted live in four key urbanised states, where the cost of living is relatively higher. About two-thirds of civil servants earn less than RM5,000 per month,” it said.

It said policy priorities, including measures to improve financial literacy and strengthen NBFI lending practices and oversights, were vital to achieve a more sustainable level of civil servant debt accumulation and avert the build-up of risks in the future. 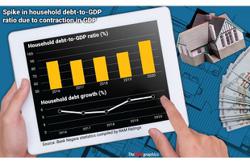