WHILE not widely reported, Affin Hwang Asset Management (AM) Bhd has been in the private equity game for the last two years.

Last June, Affin Hwang AM, which is the leading Malaysian asset management house with more than RM47bil of assets under management, launched its private equity business, Bintang Capital Partners Bhd.

Registered with the Securities Commission, Bintang Capital focuses on investing in fast-growing businesses with a proven track record. The idea is to back visionary entrepreneurial founders who have built a strong business presence in the Asia-Pacific region.

In the last two years, Bintang Capital has deployed in excess of US$50mil (RM209.7mil) for two investments.

First was the buyout of Bitsmedia Pte Ltd headquartered in Singapore, and subsequently WatchBox in 2018 which is jointly headquartered out of Hong Kong and Philadelphia.

“We are currently in the process of closing and funding our third investment – a Singapore-based technology business,” says Bintang Capital executive director and managing partner Johan Rozali-Wathooth. It deploys capital in both growth and buyout strategies, typically investing in companies with enterprise values ranging between US$20mil and US$200mil.

It is sector agnostic, but abides by the principles of socially responsible investing.

Bintang Capital’s maiden transaction was in June 2017, with the buyout of Bitsmedia Pte Ltd, the company behind the world’s leading Muslim lifestyle app, Muslim Pro.

The combined stake purchased was about 90% but the value was not disclosed.

Bintang Capital is an initiative led by Johan, who joined Affin Hwang AM as deputy managing director in June 2016.

The app is presently experiencing a surge, particularly because it is the holy month of Ramadan.

It reached a new height when it ranked as the overall number one downloaded mobile application in Malaysia for both Apple App Store and Google Play Store during the start of Ramadan with 1.5 million monthly active users. This will typically increase substantially during the Ramadan month.

Muslim Pro Malaysia country manager Nik Emir Din says the mobile application is still seeing a tremendous growth in the number of downloads each day and hopes to end the fasting month with a new record high.

The mobile app provides Muslims with accurate prayer times regardless of where they are in the world as well as features such as qibla, the Quran, supplications, zakat calculator and includes a community forum, among others.

Muslim Pro opened a local office in Malaysia last year with the mission to further strengthen the brand and market presence in the country as Malaysia accounts for about a tenth of its overall user base.

Nik Emir says a lot of plans and preparations were made by Muslim Pro Malaysia coming into the crucial month to strengthen the features of the mobile app and gear for a high level of engagement.

These include the revamp of halal food directory features as well as the launch of a new content section that features original and curated Islamic lifestyle related articles and videos.

Below are excerpts of an interview with Muslim Pro’s Nik Emir and Bintang Capital’s Johan on the future prospects of the Muslim app.

What are the new products that Muslim Pro plans to offer in the next three years?

Nik Emir: To near-term focus will continue to be on our all-in one Muslim Pro app as we evolve from a simple “utility” app to a more holistic “platform” app, where you cannot only find the core religious features but also a tailored experience related to the Islamic lifestyle

Apart from that, there is also product development to strengthen our existing core religious features, which recently included a digitised Quran as well as localisation for the Indonesia market

We are also exploring e-commerce and other transactional elements, either through our platform or with other partners.

Who are Muslim Pro’s main competitors?

Nik Emir: The Muslim Pro app is the No. 1 Islamic app in the world with a presence in over 200 countries and a leadership position in most key markets. Presently, there is no competitor that has our global reach but there are different competitors that compete with us on an individual country or regional basis.

Muslim Pro app has been able to secure leading positions across both iOS and Android platforms due to our strong tech foundation, while our competitors are mainly strong on one of these platforms.

What gives the company a competitive advantage?

Nik Emir: Global customisation. The app is localised in 15 different languages and offers more than 50 translations for the Quran as well as the ability to choose among 20 different conventions for calculating prayer times (making the app usable worldwide no matter where the users are)

We have an established relationship with key ecosystem players such as AD networks, Facebook and Apple.

We also have the backing of active shareholders such as Bintang Capital and CMIA Capital who help us speed up our natural growth and provide access to their strong regional networks.

Can another Muslim app come in a compete with you?

Are the barriers to entry high?Nik Emir: Generally there are low barriers to launch an app but it is very difficult to build a world-class product that is scalable on a global basis as well as gaining traction and growing users sustainably without spending heavily.

It took Muslim Pro a long time to establish goodwill among users worldwide as a trusted source when it comes to accurate prayer times and qibla directions.

Will it be via subscription?Nik Emir: Bitsmedia and Muslim Pro app has been profitable and cash flow positive from inception, which sets us apart from most other app platforms.

However, management will continue to explore the following revenue streams to enhance the profitability and cash flows of the business:

We will further strengthen our “freemium” business model where users can either opt for the free version supported by advertising revenue or the premium version paid through a subscription basis where our premium users unlock access to exclusive additional features and content.

As we grow our user base, our Subscriptions revenue is becoming increasingly important with users tending to renew their premium memberships, allowing us to diversify away from advertising alone

Our Advertising inventory has traditionally been served by the Ad networks. We have now launched our direct AD sales platform in Malaysia and Indonesia which allows the company to sell our inventory directly to the end-Advertisers, giving rise to another revenue stream and also an opportunity for companies to gain direct marketing access to our user base.

Are you taking on any new debt or huge capital expenditure (capex) over the next few years?

Johan: Bitsmedia is fully bootstrapped and internally funded from day one and the company continues to generate strong cash flow.

There are no immediate needs to borrow or undertake capex, as Bitsmedia runs on an asset-light model whereby the company’s main “assets” are the IP and brand value embedded within the Muslim Pro app itself, which has been built and refined over the years

Bitsmedia had already incurred the necessary capex in 2018 to set up offices in Malaysia and Singapore, with the focus this year on growing these two markets and selectively considering opportunities for other markets.

What are the key metrics for your businesses that you are monitoring?

Johan: The Bitsmedia management team has been very disciplined in its approach towards monitoring metrics closely, reporting to Bintang as shareholders on a monthly basis.

Muslim Pro app has also reached the 50 million download mark on Android (first Islamic app to do so) and is reflected in our Google play store recognition, where we join other established regional players such as Lazada, Grab, Gojek and Shopee.

The key quantitative metrics which we monitor closely include Downloads, Revenue, Active Users (expressed as daily or monthly) and Average Session Duration.

Bitsmedia has been investing in user acquisition in these countries due to the combination of both a large Muslim population and strong rates of technology adoption.

Since making the investment in Bitsmedia, what has Bintang Capital done to support Muslim Pro?

Johan: Since Bintang first made our investment in mid-2017, we supported Bitsmedia’s efforts to rapidly open satellite offices in Kuala Lumpur and Jakarta.

With a quarter of a billion Muslims, South-East Asia has the third largest regional population of Muslims globally (after the Indian subcontinent, which has more than half a billion Muslims and Middle East & North Africa or MENA with roughly 300 million Muslims).

Bintang felt that having local presence on the ground in KL and Jakarta would not only cement Muslim Pro’s position as the leading Muslim app in the two countries, but also improve our understanding of the local market to facilitate faster growth of our user bases in the two countries.

We believe these efforts have borne fruit as the app becomes the No. 1 most downloaded app in Malaysia across both Android and iOS platforms during the start of Ramadan this year. As Malaysian shareholders, Bintang is especially proud f this achievement.

Moving forward, what are some of the longer-term plans for Muslim Pro?

Johan: Bintang sees great opportunity in opening representative offices in the Indian sub-continent and the MENA regions in the future as these regions represent such large proportions of the Muslim population globally for us to ignore as potential growth markets.

Bintang continues to support Muslim Pro to explore ways of generating revenue, such as selling direct ads inventory in certain key geographies including Malaysia and Indonesia as well as collaborating closely to develop additional revenue channels.

Is there an upcoming IPO and can you give us a rough valuation of the company?

Johan: There are no plans for an IPO at this juncture. Bitsmedia is uniquely positioned compared to most other app and tech companies in this region as we have been growing Muslim Pro’s user base and operations sustainably from existing cash flow without having to engage in high cash burn strategies to grow or gain market share.

Are you looking to get new investors?

Johan: Under Bintang and CMIA’s stewardship over the past two years, Bitsmedia has cemented Muslim Pro’s position as the world’s leading Muslim lifestyle app. The shareholders collectively recognise there is huge potential for building upon Muslim Pro’s strong foundation, to further grow into other areas such as e-commerce, media, halal travel, etc – and we believe we have reached the necessary milestones in terms of size of user base, the recognisability of the Muslim Pro brand as well as the scale of the company’s operations to commence taking the initial steps towards exploring building new verticals for the business.As such, we welcome interest from any strategic investors who believe they would be able to add value to the business in these areas. 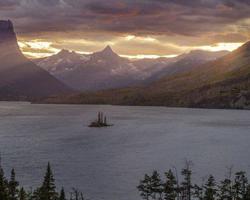 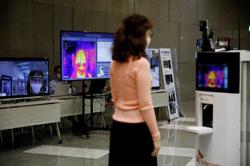