PETALING JAYA: The revival of the multi-billion-ringgit Bandar Malaysia project has brought back interest in the construction sector, but some reckon the potential beneficiaries are likely to be limited.

CIMB Research estimated the potential construction works value at between RM5bil and RM6bil based on the earlier estimated RM50bil to RM60bil gross development value assumption.

“While the return of Bandar Malaysia is a positive surprise, in terms of potentially catalysing new construction work and as the number of affordable housing units in the project has doubled from 5,000 to 10,000, the potential beneficiaries are likely limited to smaller/medium-sized building contractors for which tenders could be competitive,” the research house said in a report yesterday.

On Bursa Malaysia, construction stocks were actively traded with some counters, including Iskandar Waterfront City Bhd

Since last week, the construction sector has been showered with positive news following the government’s decision to resume the Bandar Malaysia and East Coast Rail Link (ECRL) projects.

The Bandar Malaysia project spanning over 486 acres will be jointly developed by the Iskandar Waterfront Holdings (IWH, 60%) and China Railway Engineering Corp (CREC, 40%) consortium with the government.

He holds a 63% stake in IWH, while Kumpulan Prasaran Rakyat Johor Sdn Bhd owns the remaining 37%.

Meanwhile, both IWC and Ekovest advised investors to exercise caution in trading their shares. Both companies said in their respective filings yesterday that they were not involved in the reinstatement of the Bandar Malaysia project.

, which last week entered into a pre-bid consortium agreement with Gadang Holdings Bhd

as likely beneficiaries of the Bandar Malaysia project.

for piling, and Lafarge and Tasek Corp Bhd

could also be beneficiaries,” it said in a note to clients.

for the potential revival of the Bandar Malaysia MRT 2 underground stations.

AllianceDBS Research is bullish on the construction sector and expects the revival of Bandar Malaysia to likely be a precursor to the continuation of the high-speed rail project next year.

“We are certainly more positive on the sector now. Over the past week, two projects have been revived – the ECRL and Bandar Malaysia – potentially adding some RM88bil worth of order book replenishment opportunities,” it said. 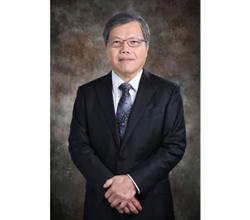