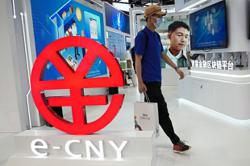 The worsening of China

He said the factors include the United States (US) federal government’s temporary shutdown which lasted for 35 days, from Dec 22, 2018, to January 25 this year -- the longest government shutdown in the US history.

“Additionally, the uncertainties in the US’ monetary policies, the slowdown in China’s economic growth and the ongoing trade tension between the US and China also affected global economy and thus the nation’s economy,” he told the Dewan Rakyat here today.

Mohd Radzi was replying to a question from Datuk Dr Shamsul Anuar Nasarah (BN-Lenggong) who asked about Malaysia’s economic projection for the year and the ministry’s economic buffering mechanism to avoid an economic crisis.

He said according to Bank Negara Malaysia’s 2018 Annual Report, Malaysia’s economic growth for 2019 will be supported by domestic growth, especially the demand from the private sector which continues to be the nation’s main driver for economic growth.

Private consumption is expected to grow by 6.6 per cent while private investments are projected to rise by 4.9 per cent in 2019, he said.

At the same time, all of the nation’s main economic sectors are expected to record positive growth, with the service and manufacturing sectors projected to grow by 5.7 per cent and 4.8 per cent, respectively.

Both sectors remain as the largest contributors to the nation’s economy at around 79 per cent, Mohd Radzi said, adding that the Gross Domestic Product is expected to remain on a steady growth path, expanding between 4.3 per cent and 4.8 per cent this year. - Bernama 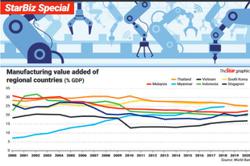