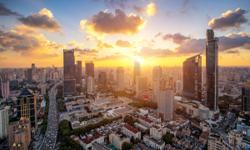 KUALA LUMPUR: The government has set its sights on breaking up any form of monopoly or cartels in a bid to spur competition in business and reduce the cost of living.

Towards this end, Domestic Trade and Consumer Affairs Minister Datuk Seri Saifuddin Nasution Ismail said the government has identified some companies as possibly having a monopolistic position in the market.

“This is part of the government’s initiative to liberalise the industry and promote competition and technological innovation in business and services,” he said at the MIDF Amanah Investment Bank Bhd luncheon talk on the rising cost of living here yesterday.

Saifuddin said the government believes that the increase in the cost of living was partly contributed by resources being controlled by a small group of individuals and big conglomerates.

Shares in Pharmaniaga and MyEG were down on active trade yesterday following the announcement. Pharmaniaga, which has its business anchored in the manufacture and supply of pharmaceutical products to government hospitals, fell eight sen to close at RM2.15.

MyEG, which is an e-government services provider, declined by four sen to RM1.42 a share. Puspakom handles the testing of all vehicles, while Bernas is responsible for the import and distribution of rice in the country.

Saifuddin explained that there were three main elements in assessing monopoly issues, including the relevance of the policies that cause the creation of these monopolies, the size of their investments and the impact to the economy.

“We haven’t submitted our recommendations to the Cabinet on the four companies,” he said.

The other ministers who are involved in the task force include Transport Minister Anthony Loke, Health Minister Dr Dzulkefly Ahmad and Agriculture and Agro-Based Minister Datuk Salahuddin Ayub.

Saifuddin pointed out that the committee was still discussing the matter and looking at various options.

“Recommendations on whether we would dismantle the monopolistic businesses or allow them to continue could be among the options. We are still at the discussion stage,” he told reporters on the sidelines of the event.

The committee will continue to look at other businesses which are monopolistic that fall under their respective ministries, Saifuddin added.

“Monopolies are not necessarily bad, but the ones that are bad are those inhibiting their competitors, manipulating prices and controlling supply,” he said.

An economist said that reviewing businesses would be positive to spur competition in the market.

’s monopoly in the broadband market and that has seen an adjustment in prices and is expected to intensify competition in this space,” he said.

He also pointed out that the government would be looking at elements of oligopoly.

An oligopoly is a market structure where the business is dominated by a few giants.

On the targeted fuel subsidies, Saifuddin said the government has identified the vendor and hopes to implement it in the next two months.

“We are going through the list of the recipients and so far, have about four million people.

“We think the list could be shorter after we review it with 17 agencies,” he said.

Saifuddin said that wages and salaries were not the only solution to ease the cost of living, but that businesses must also look into innovation and technology to address the income and productivity issues.

According to a report by Bank Negara recently, Malaysians were not being paid enough for their level of productivity, with many of the country’s workers being underpaid.

The report said that there was a lack of high-skilled job-creation, which has led to real starting salaries of fresh graduates declining since 2010 as the proportion of graduates in the workforce increased.

To address the issue, the central bank highlighted the urgent need to generate higher demand for quality labour, through the creation of high-skilled jobs.

The MIDF 2019 Talk Series serves as an integral platform for ministers and industry leaders to share insights as well as public policies and issues of mounting concerns pertaining to their respective jurisdictions or industries.