Shortage of corporate talent in Malaysia 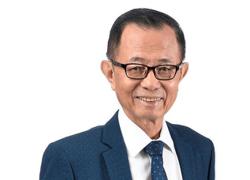 The talent pool of independent or non-executive directors (NED) is too thin, and that is affecting the process of governance and oversight on boards throughout corporate Malaysia, experts said.

Coupled with the inadequate compensation received by NEDs, questions were also raised if companies are attracting the right people as NEDs as there is a need for better quality independent directors and NEDs sitting on boards with outspoken minority shareholders increasingly pushing for this.

Dr Tan Juan Jim, who is Willis Towers Watson executive director (ED) and head of talent and rewards business in Malaysia, said there is definitely a lack of talent with experience and technical capability to carry out the role of a director.

He stressed on the importance of growing and developing the role of directors in Malaysia and the region, not only for the sake of meeting the corporate governance code, but also to take it to the next level.

“When we observe where Malaysia is going and the economy that is booming, there are a lot of requirements in terms of how we can take corporate governance and the degree of independence on compliance to the market that we serve very seriously.

“And also with so much news of corporate scandals, bribery and corruption, it is even more important for an economy like ours to have this sort of thing in place.

“In the recent direction of what Prime Minister Tun Dr Mahathir Mohamad said about taking on more privatisation and corporatisation, where our businesses are going, there will be a likelihood that we are going to need even more compliance and degree of governance,” Dr Tan said, adding that this is an important part of building Malaysia.

Tan was speaking to reporters after the Institute of Corporate Directors Malaysia’s (ICDM) PowerTalk entitled “Revisiting the Misconception of Board Remuneration”.

In the Malaysian context, Dr Tan added that the challenge will be balancing the independence, with regards to how directors are going to dispense their duties and the risks they carry.

He also called for the pay of NEDs to commensurate with the risk taken by them.

The annual remuneration of an ED on the other hand, may be slightly below RM1mil and could go up to several millions or more.

In the UK, EDs are paid up to 30 times more than NEDs.

“Figures overseas are higher in that regard. But we’re not saying there is a need to completely emulate what other countries are doing. But at least, look into how we can commensurate the pay to the risk they are taking,” he said.

Institute of Corporate Directors Malaysia president and CEO Michele Kythe Lim said right-sizing the pay gap between EDs (executive directors) and NEDs serves as a way to attract the right people for the job besides maintaining independence.

Relevant to the current climate where corporate scandals were being unearthed in the country, Lim said questions were raised whether companies are attracting the right people as NEDs and if they are adequately compensated.

“Sitting on the board is not just a retirement position or a nice job to have when you’re retired.

“It’s not a job where you sit and attend board meetings and earn a fee and not have responsibility.

She added that while cases like the FGV scandal would disincentivise people to sit on boards due to fear of being sued, it was never a position that had changed as the common law is that the directors’ duties are as such and it was also codified in the Malaysia Code on Corporate Governance in 2016.

Malaysia currently has some 8,000 EDs and NEDs in around 900 public-listed companies and according to the code, at least 50% need to be independent directors.

Lim said there is a lot of demand for more better quality independent directors.

As for companies where the majority of the board are not independent, there is an encouragement for the chairman to be one.

On the misconception that all directors are handsomely paid, Lim said EDs are paid well without needing approval from shareholders for their fees but NEDs, who are not paid as much, require shareholders’ approval.

“All their responsibilities are the same under the Companies Act but the pay is quite different. So we’re trying to right-size that imbalance,” she said.