The Tanjung Manis Airport(filepic) is certified as a category 2B airport with a minimum field length needed for take-off of between 800m and 1,200m and suitable for aircraft wingspan of between 15m and 24m.

KUCHING: The Sarawak Corridor of Renewable Energy (Score), apart from being a centre of economic growth, also features an airport in Tanjung Manis, Mukah, certified by the Civil Aviation Authority of Malaysia (CAAM) based on international standards.

The Tanjung Manis Airport is certified as a category 2B airport with a minimum field length needed for take-off of between 800m and 1,200m and suitable for aircraft wingspan of between 15m and 24m.

The 101ha short take-off and landing airport was opened in 2001 and managed by the Sarawak Timber Industry Development Corporation.

Assistant general manager (projects and engineering) Bill Ensol Abang said Tanjung Manis was originally developed at a timber processing zone in 1990 to fulfil the needs of the timber industry along Sungai Rajang in Sarawak’s Central Zone.

“At the time, Tanjung Manis was known as the Tanjung Manis Economic Growth Area (T-MEGA). Our main objective in building the airport here was to facilitate the management of logistics for the area’s investors,” he told Bernama during a site visit for the media.

Currently, Ensol said MASwings was the only airline servicing the airport with daily flights from Kuching and Mukah.

“At this time, there are no cargo flights from Tanjung Manis due to issues related to costs. All cargo matters are managed through Sibu Airport for the time being,” he said.

Ensol said there was sufficient space in the airport’s 101ha for upgrades.

“The runway can be lengthened to accommodate Boeing 737-100 aircraft,” he said.

In 2009, the Sarawak government introduced halal-based industries into the area with the objective of transforming Tanjung Manis into Malaysia’s largest fisheries hub and the construction of the airport was seen as facilitating the development.

Out of the 124,000 ha earmarked for industrial development in the T-MEGA zone, some 35,000 ha were designated for development as a halal hub. - Bernama 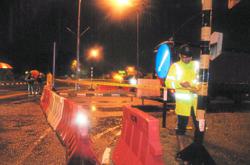 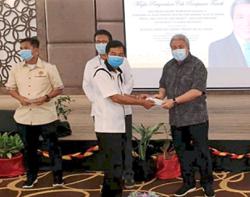