Malaysia's first 200b yen Samurai bond to be issued in March 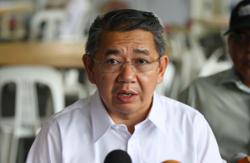 Finance Minister Lim Guan Eng said the model and scope of the proposed tax would be implemented based on the Service Tax Act 1975. Bernama file pic

"Its coupon rate should probably not exceed 0.65%," he said before launching the Tun Razak Exchange (TRX) Lifestyle Precinct here.

The yen-denominated bond was initiated by Prime Minister Tun Dr Mahathir Mohamad who made the request to his Japanese counterpart Shinzo Abe in June last year.

Lim said the return of investor confidence in Malaysia after Pakatan Harapan took over the government,  the issuance of the Samurai bond, encouraging domestic numbers, as well as favourable external factors, would enable the country to face any upcoming challenges.

He said the government's various fiscal reforms and measures currently being implemented, including the adoption of open tenders and establishment of the Tax Reforms Committee, ensured there was a proper management of finances as well as borrowings by the government.

"I expect a majority of these reforms to be completed in three years and will provide a strong foundation for Malaysia to rise and take its rightful place as one of the Asian Economic Tigers," Lim added.

He encouraged investors to take the opportunity to be part of the nation's growth before completion of the reforms as they would otherwise find it difficult to buy into the best assets Malaysia had to offer. - Bernama