In the eurozone, the ECB is slowing

NEW YORK: Goldman Sachs Group Inc. was sued by an Abu Dhabi investment fund that claims it suffered losses from the bank’s “central role” in the 1MDB Malaysian fraud and bribery scandal.

In exchange “Al-Qubaisi and Al-Husseiny agreed to manipulate and mislead IPIC and Aabar, and to misuse the companies’ names, networks, and infrastructures to further the criminal schemes and to personally benefit,” according to the complaint.

Al-Qubaisi received $473 million that was siphoned from 1MDB in 2012, according to the U.S. Justice Department.

The U.S. alleges that a small group of Malaysians diverted money from 1MDB into personal accounts disguised to look like legitimate businesses, and kicked back some of those funds to officials. Goldman Sachs made $593 million working on three bond sales that raised $6.5 billion for 1MDB in 2012 and 2013, dwarfing what banks typically make from government deals.

Tim Leissner, Goldman Sachs’s former chairman of Southeast Asia, admitted in a plea that he bribed officials to get bond deals and said a culture of secrecy at the investment bank led him to conceal wrongdoing from compliance staff.

1MDB, set up by former Prime Minister Najib Razak to attract foreign investment, accumulated billions of dollars of debt after its 2009 inception and is at the center of multiple investigations in relation to alleged corruption and money laundering.

Goldman Sachs spokesman Michael DuVally said in an email the bank had “no immediate comment” on the Abu Dhabi lawsuit.

The bank’s stock has slumped since U.S. prosecutors implicated a trio of Goldman Sachs bankers in the multibillion-dollar Malaysian fraud earlier this month. Goldman’s shares tumbled the most in seven years last week, when Malaysia’s finance minister said he would seek a full refund of all the fees it paid for 1MDB deals.

Analysts and investors have been trying to estimate what the financial fallout of the scandal will be for Goldman Sachs, after it said in a filing this month that it could face significant fines. Morgan Stanley analyst Betsy Graseck cut her recommendation to equal-weight on Wednesday, saying it’s unclear how long the 1MDB investigation will take, how much in fines and penalties may be imposed or what costs Goldman Sachs will incur to satisfy regulatory demands.

Graseck also said there may be additional lawsuits, probes and internal reviews yet to come. She doesn’t see the bank’s shares rallying until these concerns are answered.

The lawsuit was earlier reported by the Wall Street Journal. 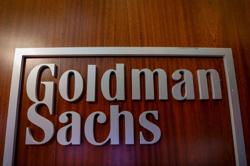 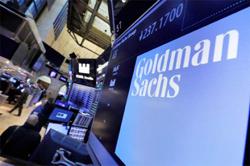