with effect from Monday following the reshuffle in the plantation group.

A statement to Bursa Malaysia said that Datuk Ab Ghani Mohd Ali had tendered his resignation as a director on the same day.

Following Ab Ghani’s resignation, Datuk Muzzammil Mohd Nor also resigned as he was the alternate director to Ab Ghani. 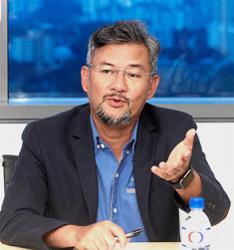