It quoted Prime Minister Tun Dr Mahathir Mohamad during an interview that the government had issued a notice of termination to Abdullah. “He has been given a notice that his term is (up) in the course of the restructuring. He will be dropped,” Dr Mahathir told The Malaysian Reserve.

Abdullah, who was appointed to the role in April 2016, will be relieved of his position in the state oil firm during the course of Petronas’ upcoming restructuring exercise.

Dr Mahathir said there is no need for an advisory role at Petronas as the company has performed well and its achievements are recognised internationally.

“Petronas is actually rated by investors as a very well-run company. That is because the people there are ... well, we don’t see any signs of stealing money and all that.

“They do pay better salaries but overall, their performance is recognised by the market as a company that is well-run. That is why it is the only company in Malaysia which is on the Fortune 500 list.

“We cannot really blame Petronas. Surely, its president and group CEO Tan Sri Wan Zulkiflee Wan Ariffin is there. Who appoints him is not relevant if he performs,” he was quoted as saying.

The Malaysia Reserve reported that Abdullah’s appointment as Petronas adviser was a clear political move in reaction to Dr Mahathir’s call for the resignation of former prime minister Datuk Seri Najib Tun Razak on corruption allegations.

Petronas has gone through several restructuring exercises over the last few years to cope with the challenging global oil price movement, and the previous administration’s decision to reduce its dependency on oil-related income.

The Malaysia Reserve reported that under the Pakatan Harapan government, the reliance on Petronas is expected to increase in order to cope with the country’s shortage in income and excess in debt.

Petronas’ operating profit has recovered in recent years from a low of RM20.8bil in 2015 to RM45.5bil in 2017. Its cashflow has also improved over the same timeframe from RM69.6bil to RM75.7bil, mainly due to higher oil prices and lower spending.

Earlier this month, the company announced the appointment of industry old-timer Datuk Ahmad Nizam Salleh as its new chairman, while Wan Zulkiflee remains as president and group CEO.

“He (Abdullah) is going to be retired because well, we don’t need an adviser anyway. I was adviser for a long time but of course, when I was adviser, I know a little about the business so I do give advice.

“But advisers sometimes don’t give advice, so I think we would be wasting money if we are just paying as a way to give some money to people,” Dr Mahathir said in the interview. 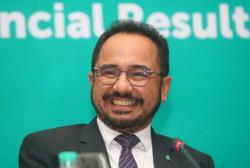 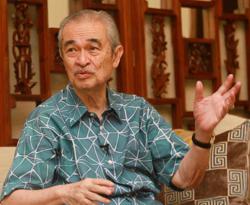