No takers: People viewing a model of a residential project at a property fair in Penang. Ironically, the states with the largest number of serviced apartments and SoHos –﻿ Johor, Kuala Lumpur and Selangor – have unsold stock of 29.12, 13.53 and 17.86, respectively. Penang has unsold stock of 33.12.

PETALING JAYA: The number of unsold completed residential units – including serviced apartments and small office, home offices (SoHos) – totalled 34,532 worth RM22.26bil for the first quarter of this year, the National Property Information Centre said in its latest report on Property Overhang Q1 2018.

These are cumulative figures from previous years.

This represents an increase of 55.72% in the number of unsold units compared to a year ago, when unsold units totalled 22,175, inclusive of serviced apartments and SoHos, which are built on land zoned as commercial but have a residential element to them.

In ringgit value, this represents a rise of 67.82%, from RM13.27bil a year ago to RM22.26bil as at March 31, 2018. Excluding serviced apartments/SoHos, about a third of all residential units in their respective price segments remained unsold.

Most of the units launched were priced between RM500,000 and RM1mil, of which a third remained unsold.

For the first quarter of this year, the number of SoHos and serviced apartments numbered about 48,000, with about 25,000 units located in Johor alone.

Although serviced apartments and SoHos are not found in Kedah and the east coast states, Kelantan, Kedah and Terengganu have the largest number of unsold residential units at 48.08%, 48.20% and 44.20%, respectively.

Increasingly, Melaka is building more serviced apartments, with 1,520 units launched in the first quarter of this year, of which only 130 units were unsold.

PPC International managing director Datuk Siders Sittampalam said the overhang in Malaysia was due to two factors – unaffordable property prices and locations that were less-than-ideal.

“You can’t say there is no demand, because there is latent demand. But one reason for the overhang is because prices of these units are just too high.”

He said the various cooling measures implemented by Bank Negara made it difficult for potential homebuyers to secure financing to purchase property.

“Unless the financing regime changes, this (the overhang situation) will continue,” he said.

Other than high house prices, Siders noted that some properties may not be sold due to poor or limited accessibility.

“Some properties may be built in less-than-ideal locations – they may be too far away to live in or may not have the suitable amenities like proper public transport.

“We can talk of economic factors improving but nothing will change unless these two (affordability and accessibility) factors improve.”

Knight Frank Malaysia managing director Sarkunan Subramaniam said while the overhang situation in the country was high, “it wasn’t at alarming levels.”

“Alarming is when you see abandoned projects or developers going bust. So, the situation is not alarming – but affirmative action needs to be taken.”

He said improvement in the economy would help spur the local property market.

“With the level of transparency being shown by the Pakatan Harapan government, we will see more confidence in the economy. By next year, the overhang situation should reduce.”

Sarkunan said now would be a good time for the central bank to make adjustments to the lending policies.

“The non-performing loan rates ... they haven’t increased by much. People are still holding on to their assets and that is a good sign.”

Sarkunan is also hopeful that the new government would implement clearer policies to help bolster affordable housing developments in the country.

“Under the previous government, there was no clear direction in terms of housing policies, except for affordable housing. Developers did their best to make the sales happen,” he said.

Last November, Bank Negara said the number of unsold residential properties was at a decade high, with a majority of the units in the RM250,000-and-above price range.

However, in spite of large numbers of unsold units, some industry experts still believe that the residential property market is facing an undersupply.

At the 11th Malaysian Property Summit 2018 in January, CBRE|WTW managing director Foo Gee Jen observed that a mismatch of price, location and products had led to this conundrum.

According to the Valuation and Property Services Department market report, residential property continued to support the overall sector with a 62.4% market share, followed by agriculture property with a 22.5% share.

Demand was seen in units priced RM200,000 and below, which accounted for nearly 45% of the residential market volume in 2017. 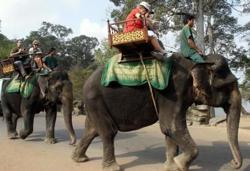