KENANGA Research is ‘neutral’ on Kimlun’s two new contract wins, given that the company’s contract replenishment year-to-date is still within the research house’s expectation for the financial year of 2018 (FY18).

Over the last five months, Kimlun’s contract replenishment was valued at RM265mil, well within Kenanga Research’s targeted replenishment of RM820mil for the full-year FY18.

On June 6, Kimlun secured two new projects worth RM225mil, which involved the construction of roads and interchange in Johor Bahru for RM144.1mil. The construction is slated for completion by October 2020.

Meanwhile, the second contract is a RM81mil contract to supply and deliver pre-cast building components by December 2018.

“Assuming pre-tax profit margins of 8% for the road project and 15% for the pre-cast supplies, these contracts are expected to contribute about RM12.7mil to Kimlun’s bottom line per annum.

The research house pointed out that the near-mid-term outlook for the group is buoyed by affordable housing projects, despite the lack of major infrastructure projects moving forward.

In its manifesto for the 14th general election, Pakatan Harapan has pledged to build one million affordable homes within two terms.

“Given Kimlun’s pioneer status as an industrial building system (IBS) manufacturer coupled with their vast experience for building affordable homes, we believe they will stand to benefit from both the construction and manufacturing fronts.

The research firm has upgraded its recommendation on the stock to “outperform”, with an unchanged target price of RM1.80. It also said that the recent sell-down on the stock is overdone, considering the group’s prospects.

“We believe upside catalysts for the stock would be further wins from Singapore to showcase that Kimlun’s manufacturing arm is not overly reliant on local contracts, affordable homes contracts wins and the Government’s endorsement of IBS implementation into projects,” it said. GLOMAC’S earnings and sales performance in the financial year of 2018 (FY18) have fallen short of expectations.

According to Maybank IB Research, the group’s core net profit in FY18 was below its forecast as well as the consensus’ expectations at 87% and 88% respectively.

The fall in profitability was mainly because of weak property sales in FY18, which dropped by 49% y-o-y to RM214mil in the financial year due to the lack of new launches.

Apart from that, losses from Glo Damansara Mall and higher tax charges due to non-recognition of deferred tax assets on tax losses and under provision of prior year tax expenses, also led to the lower net profit.

Maybank IB Research pointed out that Glomac’s locked-in property sales in FY18 also fell short of expectations, accounting for just 54% and 59% of management’s and the research house’s sales forecasts for FY18.

“Apart from the weak buying sentiment, the lower sales were also due to the delay of two new launches namely, PKJ and Saujana KLIA projects. The management has not guided on sales target but expects better sales in FY19 supported by RM1bil worth of new launches and strong interests registered for its PKJ project.

“We lower our FY19-20 earnings forecasts by 13% and 11% to factor in actual FY18 results and a lower property sales assumption of RM507mil for FY19,” the research house said in a note.

In a Bursa Malaysia filing on its results, Glomac said that for FY19, the company plans to launch projects with a total estimated gross development value of RM1.06bil.

“Focus remains in the mid-market and affordable segments, where the group expects its landed residential products in townships such as Saujana Perdana and Saujana Jaya in Kulai, Johor, to sustain steady sales,” it said.

It would also launch two serviced apartment projects in Petaling Jaya in FY19. 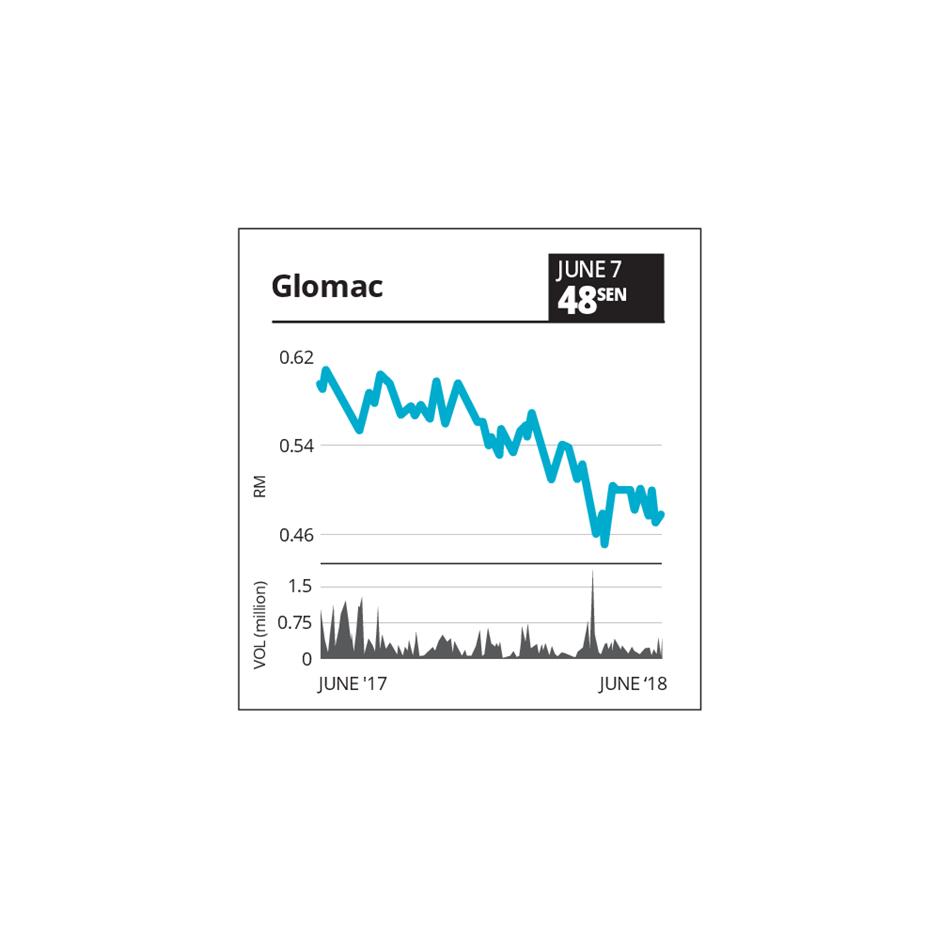 FOLLOWING the announcement of N2N’s proposed private placement, AmInvestment Bank Research has revised the earnings per share (EPS) forecast for FY18-20 by 1% to 2% as the corporate exercise will dilute the EPS.

However, the research house opines that significant developments from a potential strategic alliance are likely to follow moving forward, which have not been factored in pending further clarity on the financial impact.

The Ace Market-listed N2N is involved in the supply of e-commerce securities trading solutions to local stock broking firms and banks.

The group has recently proposed to place out approximately 52 million new ordinary shares or 10% of total issued shares to SBI Holdings at RM1.25 per share.

The exercise is expected to raise net proceeds of about RM65mil, which would be utilised entirely for business expansions within two years.

The proposed exercise is motivated by the intention of forming strategic business alliances between N2N and SBI. The collaboration is aimed at expanding N2N’s regional footprint and expedite the set-up of an “Asia trading hub”.

In addition, the collaboration allows N2N to tap into SBI’s large network of brokers and its headway in the financial technology such as blockchain.

“We continue to like N2N due to its leading position in the online trading solutions space and its acquisition of Hong Kong-based AFE Solutions Ltd, which offers tremendous earnings accretion.

“Apart from that, we like the company because of the affordability of N2N’s integrated financial trading platform TCPro Global, which could help the group win the market share from global competitors such as Bloomberg and Thomson Reuters,” stated AmInvestment Bank Research in a note.

The research house has maintained its “buy” call on the stock, but lowered the fair value slightly to RM1.50 per share from RM1.52 previously.