CIMB Equities Research has upgraded DRB-Hicom from Hold to Add with a higher target price of RM1.60

PETALING JAYA: Proton Holdings Bhd has signalled its intention to return to the Iranian car market with a new plan to set up a car assembly business there.

“The intended activities of PMPC are to undertake business in the field of car assembly with completely-knocked-down and semi-knocked-down parts, production, export and import, as well as car accessories and spare parts,” it said.

Proton had in September last year dissolved a dormant unit in Iran, which was set up in 2011 with the intention of assembling cars in the country.

Prior to this, Proton used to sell its cars in Iran and had a joint venture with a local partner to assemble selected models in the country up until 2010.

“The incorporation will not have any material effect on the earnings per share, net assets per share, share capital, gearing and substantial shareholders’ shareholdings of DRB-Hicom 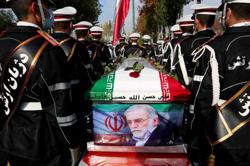