is targeting to grow its retail segment to contribute 50% of total group revenue in three years’ time from the current 30%.

This refocus follows the urbanisation and lifestyle changes of the population in Sabah and Sarawak.

CCK group managing director John Tiong Chiong Hiiung (pic) tells StarBizWeek that there is much potential in the retail segment.

“Currently, our retail operations are optimised towards food and beverage (F&B) operators, and less on walk-in customers.

“We are working to enhance the shopper experience for our walk-in customers by providing a wider range and value-added products that cater to their requirements.

“These include smaller packaging as well as various cuts, size, and weight of chickens.

“Our differentiation lies in customisation,” he says.

The group’s retail stores are under the CCK Fresh Mart brand name.

There are a total of 58 retail and wholesale outlets to date, of which 49 are located in Sarawak, with the remaining in Sabah.

Tiong says there are plans to open four to five new outlets in Sabah and Sarawak this year, and that the group’s yearly capital expenditure amounts to RM15mil to RM25mil.

The expansion plan does not include revamping works of the group’s existing outlets, with wider store layouts and a fresh look.

The wider store layouts allow CCK to add more products to its line-up, such as fresh vegetables, fruits and ready-to-eat (RTE) products like roasted or fried chicken.

These store updates provide convenience to the younger generation, who are able to shop for fresh produce and proteins like prawns, chicken, beef, and lamb, for home cooking – all in one place, and in the comfort of a clean, air-conditioned store.

Smaller households are also able to purchase smaller portions or specific cuts of chicken, instead of buying them whole.

In Sabah and Sarawak, only whole chickens are sold in wet markets.

The group’s corporate customers are clients like McDonald’s and KFC, while F&B operators are made up of hawkers, cafes, ‘mamak’ joints, and restaurants.

As for corporate clients, CCK will be able to bank on the fast food chain expansion in Sabah and Sarawak, going forward.

According to CIMB Research, global fast food chains including Mcdonald’s and KFC have indicated plans to expand on a more aggressive pace in Malaysia.

“As Sabah and Sarawak’s market is comparatively underpenetrated by fast-food chains as compared to Peninsula Malaysia, we opine that there is a high chance that a fair amount of these new outlets will be opened in Sabah and Sarawak.

“With more fast food outlet openings, this will lead to a stronger demand for chicken, which will benefit CCK, given that the group is estimated to be the biggest chicken supplier by volume in Sabah and Sarawak.

“Currently, CCK is already witnessing an increase in orders from these large-scale customers, and the group expects to secure more sizeable orders moving forward,” said CIMB Research in a recent report.

“With the existing marinating facilities up and running, not only will we be able to cater to the upcoming demand from our corporate clients, but we will also be able to branch out with more value-added products for the retail segment,” says Tiong.

It should be noted that CCK’s operations differ from the conventional poultry players.

On the other hand, CCK’s business model is more of a bottom-up approach, where the upstream poultry production was established to support its retail operations.

“By having our own farms and production lines, we are able to ensure and maintain the consistency and quality of our products sold in the retail outlets,” says Tiong.

Tiong adds that the group is working on the reclassification of CCK as a retail stock, instead of consumer, and hopes to complete that process by year-end.

CCK registered a 57.4% increase in net profit to RM28.8mil in FY17 compared to RM18.3mil during the previous financial year.

CIMB Research, in a recent report, opined that contribution from the retail segment should only grow further moving forward.

, which are trading at significantly higher valuations in terms of price-earnings (PE) multiple. 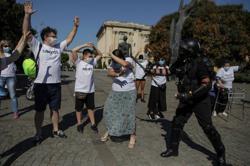 Activist, diaspora groups in Romania call for investigation of police at 2018 anti-corruption rally 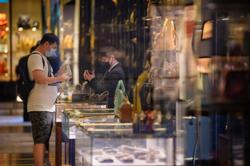