Expansion: A KPJ medical facility. KPJ Healthcare Bhd, the largest private healthcare services provider in Malaysia, will be increasing its capacity in 2018, amid expansion by its competitors. The group’s five new hospitals are likely to commence operations this year. In addition, the expansion of its four existing hospitals is expected to be completed within the first half of the year. -

PRIVATE healthcare is a sure bet sector, as long as the population is growing and human life expectancy improves.

However, moving into 2018, analysts are rather mixed on the sector.

On one hand, resilient economic growth this year should improve healthcare affordability.

In addition, with more initiatives from the Government to strengthen Malaysia’s medical tourism, the overall healthcare sector could see higher patient traffic.

On the other hand, as an influx of new hospitals increases competition within the healthcare sector, this could affect the earnings prospects of healthcare companies.

Kenanga Research, which has maintained its “underweight” view on the sector, believes that earnings growth prospect is expected to be dull, moving forward.

However, AllianceDBS Research is sanguine on the healthcare sector, mainly due to its expectation of stronger private healthcare consumption this year, following a few years of slowdown.

, the largest private healthcare services provider in Malaysia, will be increasing its capacity in 2018, amid expansion by its competitors.

The group’s five new hospitals are likely to commence operations this year.

In addition, the expansion of its four existing hospitals is expected to be completed within the first half of the year.

According to TA Securities Research, KPJ’s capacity expansion will progressively raise the group’s number of beds by nearly 23% or 716 beds, from 3,052 beds currently.

“We are hopeful for the group to achieve greater traction in the financial year of 2018 (FY18).

“Barring delays, we view upside to patient traffic from the commencement of five new hospitals and the completion of expansion of four existing hospitals.

“Following the commencement of KPJ Perlis (one of the five new hospitals), the group will be a step closer towards completing its footprint across Malaysia, leaving Melaka and Terengganu as the only states it has yet to penetrate.

“Furthermore, we imagine that the hospital could garner encouraging reception in view that it will be the first private hospital in Perlis,” it says in a published note.

KPJ Perlis, which was slated to commence by end-2017, is still waiting for the clearance from the Health Ministry.

TA Securities Research has maintained its “buy” call on KPJ, but raised its target price to RM1.12 from RM1.09 previously.

The research house projects KPJ’s patient traffic to at least sustain this year.

This is mainly because KPJ’s tie-ups with its corporate clients are largely intact, which account for 60% to 70% of its overall revenue. Overseas market: Moving forward, KPJ is planning to expand its footprint in Indonesia in the medium to long term.

Despite KPJ’s subdued patient traffic in the period, the healthcare services provider managed to record a profit.

KPJ’s net profit in 9M17 rose by 4.1% y-o-y to nearly RM101mil, while its revenue increased by 5% to RM2.39bil in the same period. The improved top line is primarily attributed to KPJ’s higher revenue per patient.

On top of that, the group’s newly opened hospital, KPJ Pahang and existing hospitals that had turnaround during the previous financial year also contribute to the revenue improvement. The Main Market-listed KPJ is an associate company of Johor Corp, which holds a 43.61% stake in the former.

Moving forward, KPJ is planning to expand its footprint in Indonesia in the medium to long term.

While the group is a domestic-play predominantly, Indonesia is its second-largest market.

According to KPJ’s annual report of FY16, Indonesia contributed nearly 2% to the group’s overall revenue, while 95% came from the Malaysian operations.

“Indonesia remains in KPJ’s interest due to its lower labour costs and plenty of underserved areas.

“Also, by targeting to operate in cities outside of Jakarta which are underserved, it will also avoid from competing head-on with Indonesia’s private healthcare service providers in terms of getting medical doctors to practise in the hospital,” it says.

MIDF Research maintains its “buy” call on KPJ, with an unchanged target price of RM1.06.

The research house also points out that KPJ is eyeing to dispose its stake in loss-making Jeta Garden, an aged care centre in Australia.

“KPJ disclosed in our recent meeting that it is in an advance stage of disposing Jeta Garden, its aged care centre in Australia.

“According to the management, it is currently in the midst of realigning its operation to focus on delivering medical services.

“Jeta Garden will be sold at net tangible asset value and the proceeds will be recognised as a gain on disposal.

“We understand that the disposal will only be completed by first half of FY18 following an extraordinary general meeting in February 2018,” says the research firm.

The decision by KPJ to exit its non-core Jeta Garden business is understandable, as the proceeds can be used to pare its debts and to reinvest in expanding existing hospitals.

Over the last 12 months, KPJ’s share price has changed little and closed at 98 sen as of Jan 5.

The stock, which has a market capitalisation of RM4.2bil, trades at a high price-to-earnings (PE) ratio of 22.68 times.

However, its valuation is lower than its closest competitor in the industry, IHH Healthcare Bhd 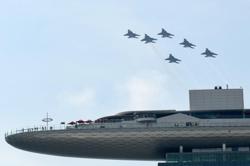