According to SunCon, the award of the project brings SunCon's outstanding order book to RM6.8bil to-date.

The contract is for a period of about 22 months and is expected to be completed by the third quarter of 2019.

"The Project is expected to contribute positively to the earnings of SunCon Group from the financial year ending 31 December 2018 onwards," it said.

Taisei-Sunway is an unincorporated joint venture formed between Taisei Corp and Sunway Construction Sdn Bhd (SCSB) for the purpose of bidding for the project.

According to the announcement, upon award of the project the two parties will enter into a detailed joint-venture agreement with a proposed 50:50 equity ratio. 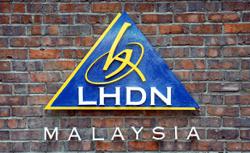