IOI Properties to build 900 townhouses in Bangi and Sepang

Firm’s strategy: Lee says the IOI Properties’ strategy of building townhouses is to enable buyers to enjoy a landed environment at a lower price.

aims to launch a total of about 900 units of townhouses in Bandar Puteri Bangi and Warisan Puteri in Sepang with an indicative price of about RM450,000 in the last quarter of this year or the first quarter of 2018.

Bandar Puteri Bangi’s The Strata Townhouse will have a gross development value (GDV) of RM294mil and will be split into two launches while Warisan Puteri Sepang’s Ayden RM160mil.

Bandar Puteri Bangi’s project known as The Strata Townhouse will have about 600 units which it will split into two launches while Sepang’s Ayden, 344 units.

“The strategy of building townhouses is to enable buyers to enjoy a landed environment at a lower price,” Lee said.

At the moment, the majority of the company’s residential units are high-rise condominium and serviced apartment units.

Par 3, with a GDV of RM240mil, is tentatively scheduled for launch in the last quarter of this year or the first quarter of 2018. It will have about 200 high-rise units and 18 low-rise units. Although it has yet to officially launch Par 3, the developer has started construction of the 2.89-acre project which is now at the super structure stage and is expected to be completed by the 2019.

Lee said: “We have put in the infrastructure in the form of IOI City Mall, which is currently 98% occupied.

“The road infrastructure is in place and now, we are handing keys to buyers of Clio Residences – 234 unit of serviced apartments – and will soon give vacant possession to buyers of mixed integrated project Conezion, also in IOI Resort City.

Conezion, comprising 1,300 residences, offices and retail, is scheduled to be completed by the middle of 2018. Conezion’s residences were sold at RM620 per sq ft (psf) a couple of years ago while Par 3 will be at about RM700 psf. The second phase Clio 2 is currently under construction and is expected to be completed by 2020.

“The completion of all these high-rise developments will help to increase the population at IOI Resort City,” said Lee.

The property developer, which was relisted in early 2014 after patriarch billionaire Tan Sri Lee Shin Cheng split IOI Corp into separate palm oil and real estate businesses, headed by different sons, will focus on building upwards in order to free space for greenery.

Said Lee: “It’s a more sustainable principle. We want our projects to be connected to each other.”

The principle of building pedestrian-friendly communities will be most obvious in IOI RIO City in Bandar Puteri, Puchong. The developer created a reputation for itself in Puchong before building its flagship development in Putrajaya.

The group has a landbank of about 9,600 acres and several projects in Singapore. 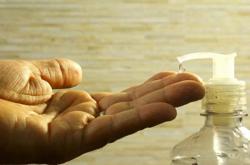 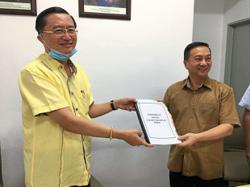