SHAH ALAM: The International Trade and Industry Ministry (Miti) hopes an upgraded version of the trade facilitation agreement with the US will be achieved during Prime Minister Datuk Seri Najib Tun Razak’s upcoming visit to Washington.

Second International Trade and Industry Minister Datuk Seri Ong Ka Chuan said currently, there was no trade agreements inked between the two countries except for the Trade and Investment Framework Agreement (TIFA) which was signed in 2004 to facilitate trade and investment activities.

“Previously, when we negotiated the Trans-Pacific Partnership Agreement (TPPA), TIFA was put on hold as the former was more comprehensive.

“Now without TPPA, we are thinking of having an upgraded version of TIFA with the US, as TIFA is an agreement to go towards the goal of establishing a free-trade agreement at the end,” he told a press conference after visiting the Central i- City Shopping Centre in Shah Alam on Thuesday.

Ong said the US was the world’s biggest market that Malaysia could not afford to ignore.

Najib is expected to call on US President Donald Trump at the White House on Sept 12, 2017.

Statistics released by Miti on Wednresday revealed that bilateral trade between Malaysia and the US stood at RM93.77bil for the first seven months of the year. 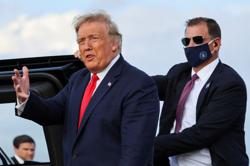