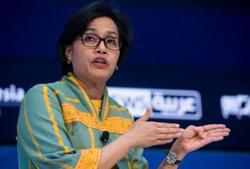 KUALA LUMPUR: The ultra-high-net-worth individuals (UHNWIs) in Malaysia recorded a 3% increase in 2016 compared to a 15% decline in 2015, said Knight Frank’s Wealth Report 2017.

Head of research for Asia-Pacific, Nicholas Holt, said the reason for the increase was partly due to the firmer stock markets after President Donald Trump’s victory and the commodity markets’ recovery.

“On the global scale, UHNWIs added 6,340 individuals to the overall total of 193,490, with majority of the individuals coming from North America and Europe,” he told reporters after announcing the Wealth Report 2017 in Kuala Lumpur on Thursday.

However, Holt said, Asia in a few years would be challenging for the top spot as at present it has 27,020 fewer UHNWIs than North America, and the difference was expected to shrink to 7,680 individuals by 2026.

“With wealth preservation being the most significant concern, Malaysian UHNWIs are more likely to invest in Asian markets as it is easier for them to stay educated and stay abreast with changes to regulations or economic trends,” he said.

Malaysian UHNWIs were more inclined to invest in properties in the UK or Australia, with 72% respondents stating that education was one of the key drivers to do so, Buckley said.