Malaysian economic growth to be better this year than last

Improving economy: Muhammad at the briefing of Bank Negara

PETALING JAYA: The Malaysian economy is expected to see some recovery, with growth set to pick up this year.

According to Bank Negara estimates, the economy this year should grow at a range of between 4.3% and 4.8%. Last year, the economy grew 4.2%.

“Although growth is expected to improve from higher global economic activities, the Malaysian economy will be challenged by higher inflation, volatile capital flows and lingering uncertainties in the global economic and financial environment,” he told reporters at his maiden presentation of Bank Negara’s annual report and the financial stability and payment systems report.

Aside from the gradual improvement in global growth, he said domestic demand would continue to be the main driver of the economy, supported by Government spending and the recovery in global commodity prices.

Domestic demand would continue to contribute about 4.4% of the total growth for this year. Among the components of domestic demand, private consumption will remain the biggest contributor and is expected to sustain at 5.6% despite inflation creeping up.

The central bank expects inflation to rise between 3% and 4%, compared to 2.1% last year. Muhammad said the higher inflation was primarily due to the higher cost that would come about due to the pass-through effect of higher crude oil prices.

“However, the cost-driven inflation is not expected to cause significant spillover effects into broader price trends,” he said, while noting that higher living costs and weak consumer sentiment could still be a dampener on domestic demand.

“We expect inflation to be higher than 4% in some months, but it will cool off in the second half of the year.”

Muhammad said the central bank was confident that the current account would remain in surplus, although the growth in imports continues to outpace the growth in exports.

“However, it would depend on how we continue to diversify the economy and sources of growth in the coming years,” he said.

The governor also said there was a need to have a long-term policy on labour, as migrant workers sent back some RM30bil every year and it was growing.

“Although foreign direct investments are declining, the most important is the quality of the investment. It must create value for Malaysians, especially the type of jobs created. We can’t afford to have labour-intensive industries because we don’t have cheap labour in Malaysia,” Muhammad said.

This would be the first time since 2010 that the household debt-to-GDP ratio has come down.

The bulk of the household debt is attributed to loans tied to property and cars.

On this score, Muhammad brushed off perceptions of a lack of end-financing for houses by banks. “The main issue is house prices remaining unaffordable relative to household income. It is not that access to financing is the issue,” he said, adding that less than 30% of new launches were in the affordable segment.

He warned that some deterioration in loan performance for some businesses and households would be expected for this year.

“Rising debt beyond the prudent level will add financial strain to households. We are now seeing impairment rising higher, although from low levels.” 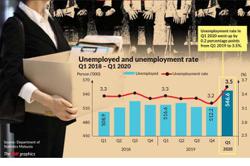 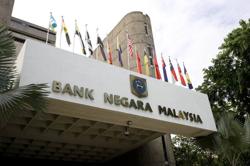 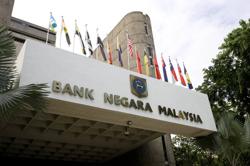