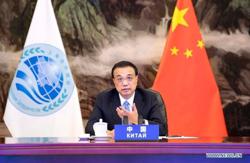 Companies of the creative content and technology (CCT) cluster involved in digital animation and intellectual property works garnered the highest growth in export sales, with a contribution of RM1.17bil to the total export sales in 2016.

“It is encouraging to see positive growth across all clusters.

“Apart from the CCT cluster, the Infotech cluster growth surpassed the Global Business Services cluster with a 26% growth, recording the highest contribution to growth yet,” said Yasmin at the MSC Malaysia 2016 performance announcement.

In addition, MSC-status companies gathered new investments of RM16.3bil last year, of which RM6.43bil were from new investors.

The new investments reflected a 40% increase from 2015.

Meanwhile, investments from existing investors amounted to RM9.84bil, which was deemed promising despite the current challenging economic landscape.

Last year, there was a 10-fold increase in investments for niche focus areas since 2014.

These niche focus areas, considered the key growth areas in technology, include e-commerce, Internet of Things (IoT), cloud and data centre, as well as big data analytics and security.

“E-commerce had the highest growth, followed by big data and analytics.

“The segment saw favourable growth last year, which brings us a step closer towards our vision of doubling the e-commerce growth rate and reach a gross domestic product (GDP) contribution of RM211bil by 2020.

“With the e-commerce roadmap in place, we believe we can achieve this goal,” said Yasmin.

In 2015, the Malaysian digital economy contributed 17.8% to the nation’s GDP.

MDEC targets for digital economy segment to contribute 20% of Malaysia’s GDP by 2020.

“We are not just providing market access. Instead, MDEC’s role is also to identify talent, distribution channels, matching of mentors, establish footprints in new geographical regions as well as obtain funding,” Yasmin added.

With 2017 dubbed as the Year of the Internet Economy, MDEC continues to drive a sustainable digital economy through adapting and diversifying MSC Malaysia Cybercentres, through the setting up of new digital hubs.

The Malaysia Digital Hub, with more details to be announced next month, will act as a catalyst to build a robust start-up ecosystem, seeking to optimise locations to attract and maintain start-up ecosystems with the necessary hard infrastructure offerings, such as high-speed broadband, to enable Internet economy growth.