SINGAPORE: Ex-BSI banker Yeo Jiawei was found guilty for his role in the most complex, sophisticated and largest money-laundering case involving billions of dollars alleged to have been misappropriated from 1Malaysia Development Berhad (1MDB).

Singaporean District Judge Ng Peng Hong on Wednesday handed down the verdict against Yeo after a 12-day trial last month on four counts of attempting to pervert the course of justice. Seven other charges, which concern cheating, money laundering and forgery, will be dealt with next year.

Sentencing will be at a later date.

Yeo, 33, has repeatedly downplayed his close ties to elusive Malaysian businessman Low Taek Jho, better known as Jho Low, who is also under investigation here and elsewhere over money-laundering claims linked to 1MDB.

The Singaporean had been employed by Swiss-based BSI as a wealth planner here between December 2009 and July 2014. He allegedly amassed S$26mil (RM80.66mil) from various sources, including illicit schemes to defraud BSI while he was an employee.

Yeo is the third person to be convicted in Singapore's 1MDB probe. Yvonne Seah Yew Foong, a former BSI private banker, was sentenced last week to two weeks' jail and a fine of S$10,000 (RM31,000) for helping to forge documents and failing to report suspicious transactions, allegedly related to Jho Low. Her supervisor, Yak Yew Chee, is serving an 18-week jail term after being pleading guilty in November for similar offences.

Yeo is accused of facilitating illicit transactions involving 1MDB that led to the closure of BSI here. One charge alleges that after his release on police bail, he arranged a meeting on March 27 this year in Pergola Cafe at Swiss Club in Swiss Club Road with his associate, Samuel Goh Sze-Wei, and Kevin Swampillai, BSI's head of wealth management services.

Yeo allegedly told them to lie to the police by saying that funds transferred by Goh to Bridgerock Investment and GTB Investment, beneficially owned by Yeo and Swampillai respectively, were Goh's investments.

After he left BSI, Yeo is alleged to have continued with illicit transactions connected to the case. Some of these were allegedly conducted through legal and corporate services provider Amicorp Group.

He allegedly told Carvalho to dispose of his laptop, and to "not travel to Singapore to avoid being interviewed" by the CAD.

Yeo was also charged with "abetting" Carvalho to tell Aloysius to lie about not knowing of Yeo's dealings with Amicorp if he was questioned by the CAD. – The Straits Times/Asia News Network 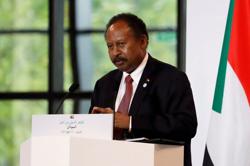