Wan Kamaruzaman: ‘With the new normal of low interest rates and the slowdown in economic growth, we have to be realistic.’

Low-yield environment increases its prominence as an asset class

WHILE private equity (PE) isn’t new to the Malaysian market, a few developments are thrusting it into the limelight. The low to negative interest rate environment coupled with volatile stock markets are causing more money to go into this alternative asset class. In 2015, the total amount of PE deals in Asia-Pacific soared to a record high of US$125bil (RM518bil).

Some recent events are adding to the excitement. Retirement Fund Inc (KWAP) reportedly made a US$30mil direct investment into one of the world’s largest “unicorns”, the name attributed to privately owned tech start-ups that have reached valuations of more than US$1bil.

In KWAP’s case, its investment is in car-hailing app company Uber, one of the most valuable unicorns valued at a whopping US$68bil at last count.

KWAP invested in this funding round of Uber alongside Saudi-based Public Investment Fund, which pumped in US$3.5bil, a much higher amount than what KWAP put in.

Brahmal: ‘Not all companies here have an appreciation of the value that PE brings.’

Then, there is the speculation that global PE fund TPG Capital Management is in talks to acquire a controlling stake in Malaysia’s sixth-largest bank, AMMB Holdings Bhd

If the deal goes through, then it will be the first time a PE fund is allowed back into Malaysia’s banking sector since the entry of Hong Kong-based Primus Pacific Partners into EON Bank back in 2007.

PE is an asset class for funds and investors that directly invest in private companies.

It is typically a risky investment because the target companies have not gone through a formal floating process.

But successful PE firms are able to shape their target companies into more valuable assets.

In return, these PE firms have been able to report spectacular returns, beating the public market returns.

Significantly, KWAP is setting aside more money for riskier investments, including a plan to double its allocation to the PE sector, as the pension fund joins other hitherto conservative portfolio managers worldwide in embracing bigger risks to bolster performance.

“With the new normal of low interest rates and the slowdown in economic growth, we have to be realistic. Average yields for Malaysian Government bonds are at 3.5%.

“The profits we generate from this would then be reinvested into lower returning assets. That explains our increased allocation into alternative asset classes,” says Datuk Wan Kamaruzaman Wan Ahmad, the CEO of KWAP.

His view was echoed by the Securities Commission chairman Tan Sri Ranjit Ajit Singh at a recent PE forum in Kuala Lumpur.

“The prevailing low-yield environment has increased the prominence of PE as an asset class,” he said.

Despite the seemingly huge amount of funds dedicated to the PE sector in Malaysia, all is not what it seems.

Bain & Co does point out that last year was an anomaly, as Malaysia had previously ranked high in terms of total deals done, helped by the presence of Government funds such as Khazanah Nasional Bhd, the Employees Provident Fund and Ekuiti Nasional Bhd (Ekuinas).

In the spotlight: Ranjit speaks at a recent PE forum in Kuala Lumpur on the importaqnce of PE

Notable PE player Brahmal Vasudevan points out that the sector is still in a nascent stage in Malaysia. “It is 15 years behind markets like India. Companies here don’t necessarily have an appreciation of the value that PE brings to the table. It’s not just money, but the contribution we bring after putting in the money,” he says. Brahmal had been part of an Indian-based PE firm before setting up Creador in Malaysia in 2011, which will be closing his latest fund soon amounting to around US$450mil.

Aside from the lack of understanding among Malaysian corporates about PE, another issue some industry players talk about is inflated asset prices.

Nicholas Bloy, managing partner at Navis, another notable locally based PE firm, says: “Some assets are quite expensive in Malaysia, especially in the consumer space. Some assets also have not factored in the risks in the economy.” Bloy, who spoke to StarBiz on the sidelines ofthe recent PE conference, added though that markets like the Philippines and Indonesia also suffered from toppish asset prices.

Bain & Co opines that PE funds do encounter a slew of challenges in South-East Asia, such as “a turbulent macro context, a small pool of attractive companies, stiff competition for relatively few targets and rich valuations that make it difficult to justify purchases”.

So, how does one explain the RM7.2bil monies allocated to PE, going by the SC’s annual report?

On closer look, the SC had bundled both venture capital and PE funds into its calculation. And of the RM365mil that was disbursed last year, close to 65% went to early stage investments.

“Malaysia has a vibrant early stage funding ecosystem such as the Cradle Investment programme giving grants to fund ideas and development, as well as Malaysia Venture Capital Management Bhd and Malaysian Technology Development Corp funding the development stage of companies. That’s why we are focused on companies in the growth stage, so there is no overlap,” explains Syed Yasir Arafat Syed Abd Kadir, the CEO of Ekuinas.

Bloy: ‘Some assets are quite expensive in Malaysia, especially in the consumer space.’

Ekuinas, made a significant presence in the local PE market when it first began in 2009 (see sidebar).

Syed Yasir reckons that the PE sector is showing signs of growing nicely in Malaysia. “Deal flow is there,” he says, pointing to the sale of supermarket chain Jaya Grocer for RM300mil to a PE fund managed by CIMB Private Equity and Mitsubishi Corp, CMS Opus PE Sdn Bhd buying a 31.5% stake in fresh fruit convenient store retailer MBG Fruits Sdn Bhd for RM10mil, and his fund’s RM68.6mil investment for a 35% stake in retail sports outfit Al-Ikhsan Sports Sdn Bhd, among others.

For Scott Lim, a seasoned fund manager from Malaysia who is now a managing partner of Sino RH Capital, a China PE firm with an office in Kuala Lumpur, the “nascent” state of PE in Malaysia is good. “That means there are many opportunities in the industry,” he says.

Funds like his are drawn to Malaysia because of sectors like consumer, industrial and services that have ample room for growth.

“Malaysia is a growing market because the population is young. There are some sectors in Malaysia experiencing inflated asset prices such as healthcare, but there are sectors such as industrial, services and even infrastructure that can be explored,” he says.

So, despite the low number of PE deals done last year and the overall slowdown in economic growth, PE will continue to feature increasingly in Malaysia, considering the higher returns it promises. But will PE firms find the right targets to give them those returns?

“PE funds eager to do deals in South-East Asia willing to take a longer-term perspective will eventually be rewarded by this vibrant set of emerging markets,” says Bain & Co. 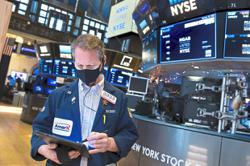 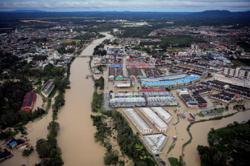