GENEVA: Private wealth in the Asia-Pacific region surpassed that of North America for the first time last year, fuelled by stronger economies and real estate markets, according to a Cap Gemini SA report.

China’s millionaire population rose 16%, the biggest increase in the survey. The US, Japan and Germany still have more high-net-worth individuals, though, and there are more than four times the number of American millionaires than Chinese ones.

China, the US and India are expected to be the key drivers of growth in high-net-worth individuals’ assets through 2025, by which time millionaires globally will have US$106 trillion, according to the report. Wealth in the Asia-Pacific region will climb 142% to US$42.1 trillion, while the Middle East and Africa will be the two other fastest-growing areas, Cap Gemini said.

Cap Gemini surveyed more than 800 wealth-management companies across 15 major wealth markets to compile its report. A high-net-worth individual is defined as someone with investable assets of US$1mil or more, excluding his or her primary residence and certain collectibles and consumer items, according to the company. — Bloomberg 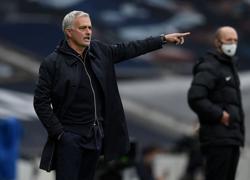