Speaking to reporters after the launch of its 100th outlet in Shah Alam on Tuesday, he said the company was optimistic that Sushi King would be able to expand its Muslim customer base to 50% from 30% currently.

“We’re trying to be the first Japanese restaurant to obtain Halal certification.

“We applied for the Department of Islamic Development Malaysia (JAKIM) certification last week,” he said, adding he expected Sushi King to be awarded the certification by June or July this year, 21 years after it opened its first outlet in Malaysia.

He said the company would have at least 160 outlets nationwide by 2020 with the opening of 13 to 14 restaurants annually.

“We (Texchem group) also plan to explore new markets with the opening of a coffee-shop chain with a Japanese concept, and we target to start the operations by the end of this year,” he said.

Sushi King, one of the largest Japanese restaurant chains in Malaysia, has exposed Malaysians to authentic Japanese fare and cuisine. - Bernama 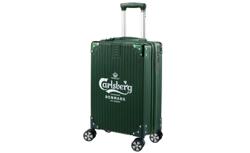