MarketWatch: The Federal Reserve's decision not to hike interest rates may have brought renewed volatility and a stock market selloff, but it also carved out breathing room for a couple of sectors: dividend payers and housing stocks. With 10-year Treasuries now yielding around 2.14%, the 2.2% dividend yield of the overall S&P 500 should appeal to income-hungry investors who are convinced interest rates will stay low for a while. - Reuters

Dialog Semiconductor to buy US peer Atmel for US$4.6bil: Chipmaker Dialog Semiconductor said it had agreed to buy US peer Atmel for about US$4.6 billion, as the Anglo-German company seeks to expand its industrial product portfolio. Dialog, which is heavily exposed to Apple and Samsung, said the deal would diversify its client base in automotive markets as well as network-connected chips used in industrial gear, also known as the "Internet of Things". - Reuters

Tsipras returns in unexpectedly decisive vote win: Greek leftist Alexis Tsipras stormed back into office with an unexpectedly decisive election victory on Sunday, claiming a clear mandate to steer Greece's battered economy to recovery. In a victory speech to cheering crowds in a central Athens square, he promised a new phase of stability in a country that has held five general elections in six years, saying his mandate would now see him through a full term. - Reuters

Warner Bros, CMC in JV to launch China movies: Warner Brothers Entertainment and investment firm China Media Capital are forming a joint venture to develop Chinese-language movies for the international market, they said on Sunday. The joint venture, called Flagship Entertainment Group Ltd, is being launched ahead of Chinese President Xi Jinping's official visit to the United States next week and underscores the growing influence of Chinese movies around the world. - Reuters

will seek a tariff increase of between 20% and 30% in containerised and general cargo handling for Bintulu Port from the Federal Government. Chief executive officer Datuk Mior Ahmad Baiti Mior Lub said the container tariffs were last revised in 1999, while the general cargo tariffs had not been adjusted since 1983. - StarBiz

is carrying out more than RM2bil worth of residential and commercial projects this year despite a tough economic environment. The projects are the first phase of Penang WorldCity called Tropicana Bay Residences with a gross development value (GDV) of RM933.4mil, The Central (GDV of RM670.9mil) and The Wave (GDV of RM611mil). - StarBiz

No change in icapital board: All three directors up for re-election in Malaysia’s close-end listed fund icapital.biz Bhd sailed through, keeping the current board intact although there was opposition from a substantial shareholder. The resolutions were carried out with an average 75% of the share owners voting in favour of the directors' re-election at an AGM on Saturday. - StarBiz

once again demonstrated its leading position in Asean in the derivatives and structured products space by winning six awards at The Asset Triple A Private Banking, Wealth Management and Investment Awards 2015 in Hong Kong. - StarBiz

is stepping up its business initiatives in China with the signing of the memorandum of understanding with Zhuhai Jiuzhou Group Holdings Ltd. Managing director Tan Sri Lim Hock San said LBS Bina Group will be playing a major transformation role in enhancing bilateral business ties between China and Malaysia. - StarBiz

‘All parties working hard to meet October deadline’: Only a little over three weeks are left before the Oct 15 deadline for Pengurusan Air Selangor Sdn Bhd to complete its acquisition of Puncak Niaga Holdings Bhd

’s water assets, but Air Selangor assures that all parties to the deal are working hard to meet the deadline. - digitaledge

, which returned to the black in the financial year ended June 30 after three loss-making years, expects to sustain its profitability in FY16 with increased revenue from its analysis and pathology services. - digitaledge

Licence hold-up will delay flymojo’s launch in October: flymojo, a new Malaysian private airline scheduled to start operating next month in Johor Baru and Kota Kinabalu, is likely to see a delay in its plans as it has yet to receive an air operator’s certificate. The new airline currently has a provisional air service licence that does not qualify it to operate. - digitaledge 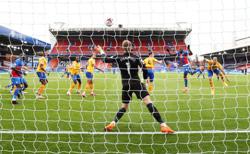