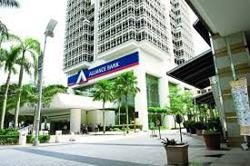 Kornreich was previously with Citigroup for 20 years in various roles around the World.

According to Alliance Bank, he is known for the successful management of consumer banking businesses, built around superior service and innovative solutions. Kornreich's last position was as the country business manager of Citibank Global Consumer Group in South Korea.

Before that, Kornreich managed Citi's consumer businesses in Indonesia, Russia, Spain, Belgium and Greece. He also spent some time in the consumer banking business of ABN AMRO Bank.