Significant amounts of work and money go into window displays

Oo of Body Glove reckons as long as a display can attract a customer to stop and look, it has already done its job.

In September 2007, the window display for the Moschino boutique featured only one mannequin seated on a park bench. But it stood out because the mannequin’s companion on the bench looked as if it was formed entirely from fallen leaves.

So fluid was the display, it seemed like a gust of wind had magically blown everything into place.

The art director responsible for this piece was JoAnn Tan, a Malaysian who after graduating from The School of The Art Institute of Chicago, worked with the Italian fashion house for 20 years before going on to helm her own window dressing business in Stockholm.

Nearer to home, last year’s opening of the BritishIndia store in Raffles City, Singapore, saw a 10ft-high peacock formed entirely out of flowers in its storefront windows. The lush tail of blooms, trailing some 6ft in length, was a celebration of spring in itself. 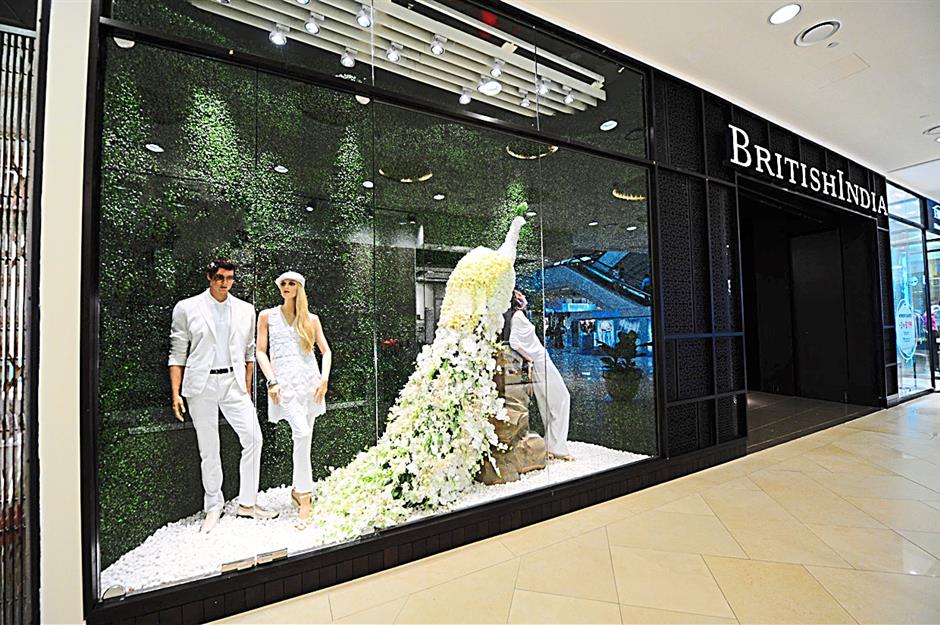 The peacock window display designed by Gacky Ling for the BritishIndia boutique in Singapore.

Again, the name behind this display belonged to another Malaysian — Gacky Ling. Ling, who started life as a graphic designer with Ogilvy and Mather, is now the homegrown brand’s visual merchandiser.

“We have no lack of talent when it comes to visual merchandising. Just look at the fashion stylists who are now working in China. They are all Malaysian,” said Victor Goh, whose own career dates back to 1979.

Goh, who has worked in London and Tokyo and owns Never Follow Suit, an upmarket boutique in Bangsar, reveals the visual merchandising industry is nothing to be sniffed at.

For a rough estimate of the industry’s worth, let’s begin with a salary report from Jobstreet.

A junior executive in visual merchandising can easily take home monthly pay of between RM2,300 and RM3,100, a senior executive, between RM3,000 and RM4,000. Supposing each shop were to hire one visual merchandiser and based on a rough estimate of the likelihood of employment for just the Bukit Bintang-Sungei Wang Plaza area which has some 1,000 shops, we’d be looking at an estimate of RM23,000 worth in salaries for just one location.

For veterans like Goh, fees can start at RM20,000 with an allowance of US$100 (RM329) a day for a three-day project. There is also a contract clause stating if a flight to a client’s location is to take more than five hours, he gets to fly business class. 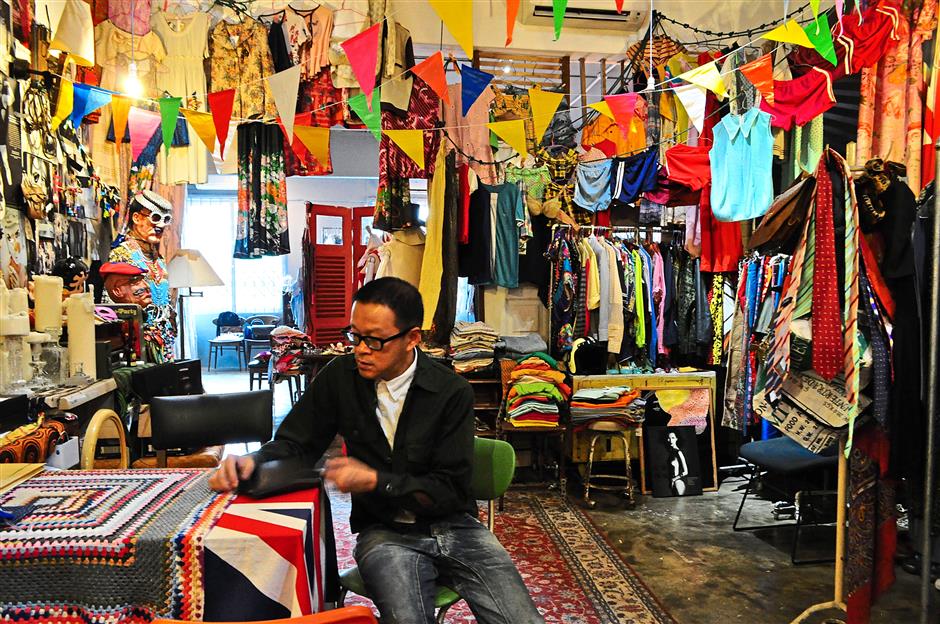 Goh reckons it is a small price to pay for returns that can run into millions. His latest client, a hair academy in Shanghai, he revealed, was prepared to reshoot an entire campaign and change the staff’s uniforms just to get his nod of approval.

Recounting his entrance into the world of visual merchandising when he joined a leading department store in 1990, Goh said he was picked out of 300 people, paid a starting salary of RM5,000 and put in charge of a team of 36 to encourage people to wear what he wanted them to wear.

“A window is the most expensive space in a store because it is a reflection of what is inside. Ultimately, its goal is to sell. We (visual merchandisers) are like an extension of the buying team to help them sell their stock.

“In general, the display is likely to showcase items chosen by the top buyers, the ones with proven track records,” revealed Goh.

Occasionally, it also falls on the visual merchandiser to help promising buyers who are unable to meet sales targets.

So, that’s when customers may see a partition for example, where a dress is displayed differently from the rest.

“Before deciding on a display, you have to ask, ‘Will it be able to cover the margin?’ Remember, you may only see one or two items in a window but it may be representing some RM500,000 worth of goods. So it is crucial to give the right impression,” said Goh.

Moving away from the window, there is also the sales floor. 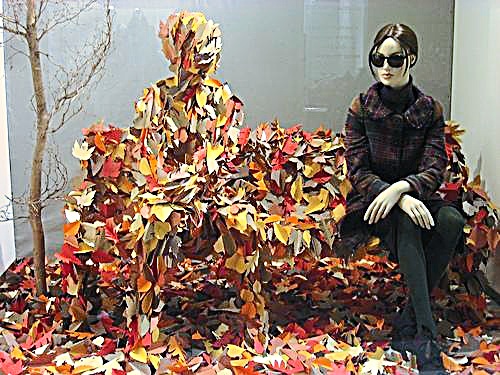 Here, the prime display areas are always on the left and right and in front of the main door. In monetary terms, if the goods within a store are worth RM500,000, these areas will be responsible for bringing in some RM140,000.

“Think direction, concept and mood. Ask, who is the customer? What is her age? Is this for leisure or work? With that we go for direction. Are we to go for the upmarket but affordable look?

“In this aspect, it also pays to consider the minute details. For fashion, the non-iron and non-dry-clean options can be selling points especially if the customer is a busy working mother. Also consider the mood.

“Will it be for summer or Christmas? When this is interpreted in a display, everything has to gel. In my case, if A+B is not C, I will not sign the purchase order,” said Goh.

At Komonoya, a RM5 store, where daily sales can touch RM15,000, the trick is to display the best buys in the front.

“The essentials are always put at eye level. Then you have to consider ways to pique the customer’s interest to explore the back parts of the store.

“This can be done by using large colourful items like pails for example to perk up a wall. Clever lighting is another component. For our crockery, we have lights under glass shelves to attract the customer’s attention, for example,” said Komonoya assistant operation manager Leong Tuck Weng

“Everything has to be planned six to eight months ahead. If this is October and I want to display a dress in January, I should already know what my background colour is going to be,” said Goh.

This is because there may be posters to print, items to source and maybe custom-made.

At their outlet in the newly refurbished Klang Parade, the display is changed every two and a half weeks.

“We have a rotation system where the latest designs are displayed at the entrance,” said Oo.

He said there was no intention to hard-sell with their display, which has always featured bright colours.

“Our sole goal is to attract the customers and make them come into the store. It doesn’t matter if they don’t buy. As long as they pause to look, I consider that the display has done its job,” Oo added. 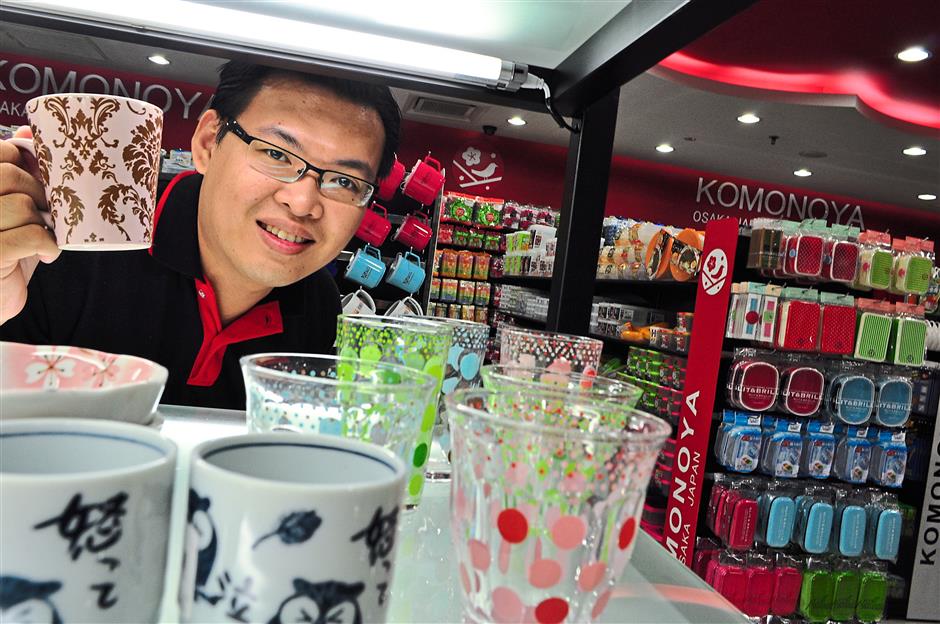 Leong of Konomoya shows off under-shelf lighting as a way to bring attention to the pretty designs of their crockery.

The visual merchandising guidelines are from the brand’s American principals, and he reveals sticking to the stipulated theme is not cheap.

In sticking to the beach concept, the store had to have white spotlights and printed wall paper, a theme that carries into their changing rooms. Renovation costs are believed to have touched the five-figure mark for just this one outlet.

But when all is said and done, is it possible to forego visual merchandising and just leave it to the customer’s intelligence to make his own decision?

For one, it would render an unappealing overall look to the retail landscape. Shopping would become a dull affair.

“Visual merchandising is the first step to creating a sale. It makes a store stand out, giving it its competitive edge,” he said.