Dare to be different: (from left) Huang, Savarimuthu and Lee are the brand architects behind the newly launched Bad Lab men's personal care products.

THERE were big expectations for industry heavyweights Tony Savarimuthu, Huang Ean Hwa and Szu H. Lee when they left the management team of McCann Erickson early last year to start their own brand consulting firm.

During the decade that the trio helmed the multinational ad agency, they had boosted its reputation by racking up six Agency of the Year accolades.

Their new company, Merdeka LHS, has maintained a low profile but now they are ready to show what they’ve been up to.

Everything about Merdeka LHS feels different than a traditional marketing specialist. Firstly, it operates from a 1965 mansion in Bukit Tunku, furnished with recycled and repurposed furniture that fits in with that early era.

And how it operates is really different from the traditional creative agency. In fact, its three founding partners call Merdeka LHS a “brand invention company.”

The word Merdeka in its name, besides representing the idea of Independence, also represents the way it operates. Freedom of thought and expression is required for brands to flourish, and Merdeka LHS has the trust of its clients to the extent that it is involved from the very early stages of creating the clients’ brands.

Lee, who is co-chief creative officer, says the company is right at the heart of the invention of the brand.

“Therefore, the entire journey is seamless and we’re in the thick of the action. We’re not an execution-based company like a traditional agency might be,” he tells StarBizweek.

The 10-person agency’s mantra is Enemy of the Same.

“We work with people with an entrepreneurial spirit. A lot of the marketers and brand guardians have lost that spirit because they were shackled by organisation and process. They need their Merdeka to capture back that spirit,” Lee says, adding that the company can also work with established brands.

Chief executive officer Savarimnuthu says entrepreneurs are in the game to be wealthy and prosperous and they are willing not to go by the old models. “To beat the market leader, they need to take reasonable calculated risks to stand out from the rest. They have to be the enemy of the same.”

He notes that Merdeka LHS has got financial arrangements with its business partners that are “not normal for a creative company. It’s not the traditional agency compensation.” This means that if the clients do well, it will also share in the rewards.

What the trio means by “brand invention” can be seen from its very first product in the market, soft-launched just last month. It is a men’s personal care range called Bad Lab.

Huang, who is co-chief creative officer, says it is a brand created with its partner, City Chemo.

“We developed it right from the start – from strategy to logo, branding, product design and advertising, and even down to the formulation of the product,” he says.

The product range does not look like any other personal care products in the market. For one, its “hero” product − Caveman Cleaner 3-in-1 hair, face and body cleaner − is packaged like a motor oil product with a bronze finish. The flip-top cap may remind you of a Zippo lighter.

And moreover, there’s no handsome model on the label. Instead, you’ll find a hairy caveman holding a bone club.

“The caveman is our ambassador, if you like. We call him Adam,” says Huang. “It’s primal and instinctive. For men, it’s simple. We’re all hunters. Go out, hunt, and quickly come back to defend our territory. Don’t tell me to take too much time in the shower!”

In case you missed the message, the back label says with male-type humour: “This turbo-fast cleaner saves time in the shower for more time in the jungle. Carpe Diem.”

Savarimuthu says it is about giving men “products that they’re familiar with in design language.”

Huang chips in: “And it’s got to be cool. I think we often forget that design is 50% of your battle (to gain consumers), if not more.”

He notes that some women’s brands come up with men’s range. “Frankly, there’s no design sense, and I don’t think there’s anything specifically catering for men. So we came up with a name like Bad Lab because we don’t want it to be goody two shoes.”

The range also includes face + body sunscreen, moisturiser and mosquito repellent; anti-bacterial and deodorising fragrance; shampoo; and styling gel, among others. The label illustrations range playfully from a hippo in the mud for its mud soap, to a gorilla for the anti-dandruff shampoo.

“As a creative director, it is very rare that you get to be involved right at the very beginning from ‘What exactly do we want to do?’ That’s what we mean by being enemy of the same and being different,” Huang says.

Merdeka LHS’ remuneration is directly linked to the success of the product. “The more we sell, the more we get. There’s no ceiling,” he adds.

Even in terms of distribution, Merdeka LHS had a say. Among others, both it and the client/partner decided to go on e-commerce from day one.

Besides the usual retail outlets, Bad Lab also relies on differentiated distribution. It is being sold in barber shops and a lifestyle store in Bangsar called Snackfood.

“Men are not likely to be thinking of toiletries when they go into a (traditional) retail environment, because there are so many things to buy. We want to sell where the product is likely to be top of mind; in a barber shop, you’ll be thinking about your hair and yourself,” Savarimuthu explains.

Bad Lab is not just going to be a jaguh kampung. Huang insists that the brand, which is 100% designed, conceptualised and manufactured in Malaysia, is made for the world.

“We’re currently talking to distributors in the US, the UK, and South Africa. We’ve got interest in Japan and the Asean market,” he says.

According to Savarimuthu, Merdeka LHS wants to work with Malaysian entrepreneurs who themselves are building their businesses and creating new products and brands. “We want to get involved in that process and even co-own or own the brands ourselves, and take them to a global audience.”

The company is already working on its next product, an Islamic brand, at its “Brave and Daring Laboratory”, its development centre.

Between the three Merdeka LHS founding partners, they have solid experience behind Islamic branding.

At McCann, they had been behind the branding of MIFC (Malaysia International Islamic Financial Centre) and Al Rajhi Bank, the second foreign bank with Islamic banking licence to operate in the country. They also were involved in the first global Ramadan campaign for Coca-Cola (broadcast in 27 countries but not Malaysia) about a decade ago.

“Taking global a Malaysian brand catering for an Islamic market is one of our big ambitions,” Savarimuthu says, adding that an Islamic brand does not necessarily have to be “couched in so much religiousity that you don’t see the sense of modern design.”

Savarimuthu says that technical products are the next area that Merdeka LHS is keen to enter.

“We’re in the midst of acquiring a digital-based company. We want to work with digital agencies that have technopreneur mentality. Anybody can do social, but what physically technological products are they also inventing?” he says.

Savarimuthu says entrepreneurts are a globalised lot and an emerging group in Malaysia. “A lot of money is being put into entrepreneurship by the Government through MaGIC (Malaysian Global Innovation & Creativity Centre Magic) and other programmes.”

He notes that US president Barack Obama recently praised Malaysia in his speech at the UN General Assembly for its entrepreneurship.

“We have to take advantage of that spirit of innovation and entrepreneurship, and give Malaysian brands a sense of independence as well to grow globally. Through our multinational experience, we hope to bring that to them.” 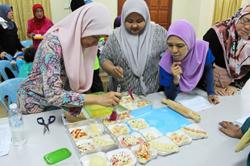 Fundraising initiative for B40 women 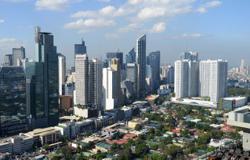