The market is the determinant

This was proven right, once again, last Wednesday.

On that day, Rupert Murdoch’s 21st Century Fox aborted its proposed takeover of Time Warner in a deal that is estimated to be worth US$71bil. On the same day, Samudera Energy Ltd, an oil and gas company postponed its listing in Singapore. 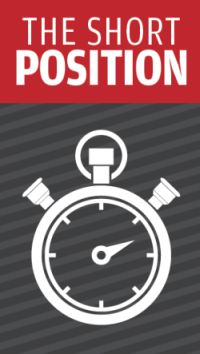 Samudera deferred its listing because market conditions were bad. It had lined up several high profile names such as Tan Sri Quek Leng Chan and Robert Kuok as investors in its listing that will raise S$276mil.

The reason offered by the company was that market conditions were not suitable for the listing. Considering that two other listings in Singapore did not fare well, Samudera decided it did not want to force the listing of its shares into a market that was not in the mood to welcome new companies.

In Samudera’s case, the postponement only means the investment bankers and existing shareholders of the company will have to wait longer to make their gains.

But in the case of 21st Century Fox and Time Warner, the investment bankers who had set their sights on completing the deal, have lost an opportunity to make some US$420mil because the transaction was aborted.

According to reports, if the US$71bil deal had gone through, the advisory fees alone would be that amount to be shared between at least five investment banking firms.

But the market participants did not like the deal. The shares of Murdoch’s 21st Century Fox went up by 5% after the deal was aborted.

The entertainment industry players also were relieved because it means there is more competition and not one entity dominating some 60% of the movie production market.

The dilemma of high-grade diesel

AN interesting debate is going on among players in the transporation industry, especially those plying their trade to Singapore.

Should the Government extend its subsidies to ultra-low-sulphur (ULS) diesel fuel, or let the market determine its price and availability?

As it is, the cleaner grade diesel fuel is not yet available at local pumps, having missed the end of July deadline for roll-out at certain petrol pump stations in Johor.

Why Johor? Well, it’s due to a ruling by the Singapore government that demands transport and logistic companies driving to that country utilise the cleaner diesel fuel.

Some quarters claimed bureaucratic red-tape for causing the delay in rolling out the availability of the fuel in Johor. The petroleum industry on the other hand is telling the Government that local refineries can only produce ULS diesel fuel grade by 2018.

In the interim, ULS diesel would need to be imported to meet with current demands.

Reports have indicated that the fuel will be sold at a subsidised price of RM2.10 a litre. This is only a 10 sen premium over the current price of diesel fuel at local pumps.

But allowing higher grade diesel fuel to be introduced to the local market at substantially below market price is a risky attempt at manipulating the laws of supply and demand.

The targeted usage of this higher grade fuel are commercial users – namely the businesses and the industries. They utilise the high grade diesel to make money.

So in such circumstances ,shouldn’t ULS diesel for fuel be priced closer to its actual market value.

Watch out for China cars

VIEWERS of the hit BBC series Top Gear will be all too familiar with how the presenters often pan the cars they are testing or reviewing. Generally, supercars are spared much of the negative barbs, while the everyday cars bear the brunt of the criticism.

There was an episode where the reviewers panned the cars from China but with a big caveat: watch out when they get it right.

Well, that time is nearing upon us.

Cars from China have not been big sellers in the past in Malaysia, as people were put off by their styling and had doubts about their build quality despite the appealing selling prices.

Things have changed, as designs and build quality have improved. And now Great Wall Motor Co Ltd has introduced a car with a selling price that is in direct competition with the national cars, and has got or will get the industry worried.

Executives have a lot to fidget about as the China-made car might do what the Korean cars have done to the Japanese makes.

Cars from Japan and South Korea too went through their historical adjustment phases, from just being a means of transportation to one that is increasingly capturing sales globally.

But China is the world’s largest auto market and foreign makes such as Mercedes-Benz and BMW have benefited from growing spending power and a taste for luxury. As the market offers the best economies of scale for any domestic car manufacturer, it will be a matter of time before China uses its enormous scale to beat the competition at its own game.

We are starting to see it with China-branded mobile phones and now the cars are coming.

Improvements to the build quality and the low cost of production will mean that the domestic market in Malaysia will slowly get exposed to China-made cars just like how it was with the Korean marques.

Once the improvements in technology and build quality matches that of Japanese- and Korean-made cars, then the entire industry will feel a market-moving shock, no more so among the national carmakers that tend to zero in on the bread-and-butter market.

How the national makes step up their competitive offering and pricing will be interesting because the game is surely about to change.