The Chinese philosopher Lao Tzu recognised these drawbacks nearly 3,000 years ago when he defined great leadership:

“A leader is best when people barely know he exists, not so good when people obey and acclaim him, worst when they despise him. But of a good leader, who talks little, when his work is done, his aim fulfilled, they will say, ‘We did this ourselves’.”

I remember a CEO of Wesfarmers, one of Australia’s leading public companies, being asked what the secret of his success was. His answer was: “I take my job very seriously, but I do not take myself seriously at all.”

Successful, charismatic leaders can become self-important and driven by the need to feed their egos. The bankruptcies of Bear Stearns, Merrill Lynch, and Lehman Brothers were in large part the result of the egos of their previously highly successful CEOs.

The same might be said of the problems faced by Manchester United – Sir Alex Ferguson failed to create an institution that could thrive after his departure – Lao Tzu’s key test of leadership.

The media and Hollywood are responsible for this cult of the iconic CEO.

Business success is the result of the brilliance of the CEO while the rest of the organisation – its people, products and systems – are ignored.

Followers are also to blame when their leaders become too obsessed with “I” and forget about “We” – Lao Tzu’s point. Followers who kowtow too much to their leaders will gradually turn the most empathetic and humble leaders into self-important autocrats. Medieval Europe understood this and kings had court jesters whose role was to point out their fallibility and self-importance. Culture plays its part too.

In so-called “High Power Distance” cultures where attention to protocol and keeping one’s distance from the people one leads is regarded as essential, it is really hard for leaders not to become self-important and cut off from reality.

Charismatic leaders’ personal energy and their ability to energise others too often translate into an excessive focus on the leader’s way of doing things, captured in the phrase “My way or the high way”. Sir Alex Ferguson was famous for his intolerance of divergent opinions.

The advantages of such an approach are that everybody knows what is expected of them, how they are expected to perform and time is not wasted debating alternative ways of doing things. This may work well in a stable, unchanging environment, but is likely to lead to failure in a dynamic, changing

world where the past is not a good guide to future success – i.e. today’s business conditions or the EPL.

Increasingly companies are coming to accept that diversity of thinking and challenge of the status quo leads to better long-term success. Diversity of thinking reduces the dangers of groupthink which blinds the organisation to external change that undermines or destroys its existence. The sources of such change can be political, economic, social, technological, legal or environmental. Open-mindedness is essential if the dangers posed by such changes are to be spotted in time. This requires persistent, constructive challenging of the status quo and a rejection of the mindset of “If it ain’t broke, don’t fix it” – best achieved through scenario thinking and pre-mortems where alternative approaches and exploring what could go wrong are used to stress test assumptions.

Successful charismatic leaders must exercise empathy and recognise that despite their past track record of success, they remain fallible and that the world around them may have moved on.

Above all, they must refrain from “shooting the messenger” when they hear things they do not like. This means recognising, as Alfred Sloan the founder of General Motors did, that dissent is a sign of loyalty rather than disloyalty and creating an environment where people have the “courage to speak truth to power”.

Even if charismatic leaders do not use fear or force to get their way, the sheer forcefulness of their personalities and their ability to communicate may intimidate their followers. If, in addition, leaders fail to delegate effectively, they will keep their subordinates in a state of permanent dependency – unable or unwilling to take independent decisions.

This leads to five problems. First, the leader becomes a bottleneck in decision-making. Everyone has to wait for his or her sign-off. Second, subordinates are afraid of misinterpreting what the leader is presumed to want.

This leads to self-censorship and second-guessing.

This is made worse if the leader is deliberately ambiguous or gives unclear direction.

In such circumstances, subordinates need a PhD in telepathy to succeed because only then they will know what their leader wants even though he or she has not told them!

Third, subordinates become unwilling to experiment because of their fear of failure and reprimand. This is serious because it undermines their ability to adapt to changing conditions and it makes it difficult for them to innovate – both essential if the organisation is to flourish. Fourth, it prevents personal growth and development since making mistakes is an essential part of learning. It also allows subordinates to remain unaccountable for the ethical consequences of their actions. They can plead that they were just following orders.

Fifth and most important, second-liners may become too mediocre to be suitable successors as a result of the way they have been hired, developed and promoted by charismatic, self-important and overbearing leaders – a charge that has been made about Sir Alex Ferguson’s succession planning by Rory Smith writing for ESPN.

I wonder how many leaders pass Lao Tzu’s three tests: keeping their egos under control; nurturing the “courage to speak truth to power”; and developing empowered subordinates capable of taking their organisation to the next level. Boards might be well advised to remember these tests when appointing and evaluating CEOs. 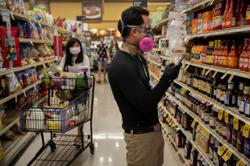