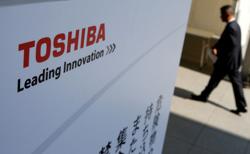 Will Komarkcorp shareholders know enough to decide fairly on tussle for control?

IS it happening again? Do we have yet another case of shareholders of a listed company being asked to oust existing directors and to vote in new ones without knowing why?

. In an EGM to be held on Aug 26, the resolutions are for the proposed removal of seven directors (including CEO David Koh Gak Siong and his four sons, who all have executive roles) and for the proposed appointment of five new board members, including two as executive directors.

In other words, the EGM is to decide whether management control of Komarkcorp will change hands, which is the aim of the two shareholders (the so-called requisitionists) who called for the meeting.

group director Tan Kwe Hee and businessman Lim Pei Tiam. The requisitionists say they have a combined 18% stake in Komarkcorp, well above the 10% minimum specified by the Companies Act that entitles them to compel the company to convene the EGM.

Tan and Lim gave Komarkcorp their notice of requisition on June 28. Along with that came the special notice of resolutions for the removal of the seven directors, profiles of the proposed new directors, and statutory declarations by the new guys that they can and will act as Komarkcorp directors.

If the resolutions are passed at the EGM, the latter two will be at the helm of Komarkcorp as executive editors. Ahmad and Yeow will be non-independent non-executive directors, while Pan will be an independent board member.

However, this is not meant to be a total revamp of the Komarkcorp board. The requisitionists are retaining chairman Datuk Wira Jalilah Baba and independent director Datuk Ng Peng Hay.

What’s missing so far is the intent of the requisitionists. Why exactly are Tan and Lim doing this? So far, they have offered no explanation.

In Komarkcorp’s July 18 circular to shareholders, the company points out that under the Companies Act, the seven directors facing removal can submit written representations for distribution to shareholders or to be read out at the EGM.

Question is, can these directors make effective representations when the requisitionists haven’t made public their reasons for wanting to boot out the seven men? And this situation may not change at all.

Said Komarkcorp in the circular: “It is acknowledged that there is no statutory requirement for the requisitionists to provide any rationale for their requisition. Members (that is, the shareholders) are asked to review carefully and exercise their independent judgement as to whether it is and will be in the best interest of the company to approve the ordinary resolutions under the proposed removal of existing directors and proposed appointment of new directors.”

It appears that with or without further information from the requisitionists, the seven directors will go ahead and come up with representations.

The company urges shareholders to read and review the representations with care. “An objective evaluation ought to be made as to their validity and/or cogency so as to decide whether again it is in the best interest of the company as a whole not favouring one faction or the other in your decision to remove the directors who are subject to the ordinary resolutions under the proposed removal of existing directors,” it adds.

The next sentence is a grammatical mess, but the sentiment is clear enough: “The shareholder’s vote is an important right and exercise of shareholder democracy and enhancement for good corporate governance and ought to be exercised freely, prudently and unimpeded.”

If the requisitionists choose to stay mum until the EGM, it’s still impossible for the shareholders to “exercise their independent judgement” and to carry out an “objective evaluation” as implored by the Komarkcorp management. The shareholders would have heard from only one side.

That’s a little better than not getting any word from both sides on what’s really going on.

had received last December a requisition for an EGM to vote on a board shake-up, it asked for the rationale for the proposed removal of directors. However, the requisitionists (in this case, they were ex-Proton chairman Datuk Seri Mohd Nadzmi Mohd Salleh and former Bank Simpanan Nasional chairman Datuk Seri Abdul Azim Zabidi) refused to explain and the company did not hold an EGM as requested by the requisitionists.

In late January, it was reported that the requisitionists wanted to call for an EGM themselves but they complained that they couldn’t get the necessary information from the Tiger Synergy management.

Since then, both Mohd Nadzmi and Abdul Azim have ceased to be substantial shareholders of Tiger Synergy, which means they don’t have enough shares to force an EGM to be held.

This is unlikely to happen with Komarkcorp. The directors have already agreed to convene an EGM and the date has been fixed. David Koh, his sons and the two other directors seem willing to face the shareholder vote on Aug 26. That probably stems from the fact that the Kohs have more shares (and thus more votes) than the requisitionists. But not by much.

As at May 10, David Koh had 17.4 million shares. The requisitionists, Tan and Lim, have almost 14.7 million shares. Here’s where the minority shareholders may be in a position to affect the outcome of the EGM.

If the seven current directors are ready to argue against the resolutions, Tan and Lim should make known their reasons for wanting to wrest control of Komarkcorp. Failure to engage with the minorities may be a strategic mistake; being opaque is a terrible way to garner support.

Executive editor ERROL OH is getting tired of corporate battles that rage on without any attempt to keep minority shareholders clued in. 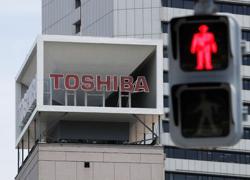