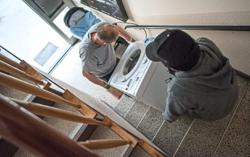 GEORGE TOWN: The household appliance market overseas and in Malaysia is expected to drive the growth of local manufacturing companies supporting the consumer goods industry in 2013.

This is due to the steadily rising demand for household appliances, especially in the Asia-Pacific market, while the demand for audio-visual products such as light-emitting-diode (LED) television softens, especially in mature economies.

to turn to the household appliance segment for fresh business opportunities.

“It used to be the audio-visual product market such as LED televisions that drove the sales of our PCBs.

“But because of the decline in demand for audio-visual products since last year, we are now enlarging our sales to multi-national corporations (MNCs) producing branded washing machines and refrigerators with energy-saving features.

“These MNCs are in Indonesia and the Philippines,” GUH managing director Datuk Kenneth H'ng said.

This year, the group plans to increase its production of specially designed double-sided PCBs manufactured in Suzhou and Penang to 70,000 sq m per month from 50,000 sq m in 2012.

H'ng said the group's LED lighting business would also offset the impact from the audio-visual segment.

“We are getting more new orders from customers worldwide for our PCBs used in large-screen displays and general high-brightness lighting markets.

“These PCBs are produced by our plant in Suzhou,” H'ng added.

According to the Germany-based GfK research house, the global unit sales of LED-backlight LCD televisions is forecast to grow 4% year-on-year to 217 million in 2013.

“This, however, is well down on the 11% growth achieved in 2011. Growth in emerging markets is projected to offset a slight reduction across developed regions, but will slow compared with last year's levels,” the GfK report said.

In mature markets such as Japan and Western Europe, sales are projected to remain subdued, declining by 1% year-on-year, according to the GfK report.

CT Frank Technology Sdn Bhd chief executive officer Roland Beh Cheng Siong said due to the declining global market for LED televisions and competitive pricing, the company's LED television business would generate about 10% of the group's revenue in 2013, compared with about 30% in 2012.

“About 65% of the company's 2013 revenue would be generated by household appliance products such as jug kettles, thermo pots, water heaters, rice cookers and gas stoves under the inhouse brand ISONIC for the domestic market.

“The remaining 35% would be driven by our LED televisions and large smart display products with interactive and touch-screen features,” he said.

Beh added that the company aimed to achieve an RM72mil revenue this year, compared with RM62mil in 2012.

managing director Dixon Chew, meanwhile, said its overseas sales of household appliance products would contribute 30% to its revenue in 2013, compared to 25% a year ago.

“Indonesia, the Philippines, Africa and the Middle East are important markets.

“Our washing machines with energy-saving features lead in overseas sales, after rice cookers and ovens, which are outperforming the audio-visual product segment.

“Our LED lighting products' marketed brandname Carinae would also contribute significantly to the group's revenue this year,” he said.

Chew said the domestic market for household appliance had matured, with local customers going for built-in kitchen appliances rather than standalone products.

“Built-in kitchen appliances have nicer features and blend in better in a variety of kitchen designs,” he added.

Chew said the group would cut down its advertisement spending and initiate more roadshows to promote its products in the country to increase its market share.

According to the Global Industry Analysts report published in November 2012, the global market for electric household appliances is projected to reach 1.25 billion units by 2018, propelled by developing economies, spearheaded by the Asia-Pacific region, emergence of smart appliances and increasing demand for energy-efficient products.

It added that the Asia-Pacific region, led by India and China, represented the largest market worldwide.

It said that the region was also slated to outpace other geographic markets, with a projected compounded annual growth rate of 4.8% over the 2010-2018 period.

“In terms of segments, refrigerators, washing machines and vacuum cleaners constitute the largest segments within the major electric household appliances market, while refrigerators and room air-conditioners are forecast to provide growth impetus to the market,” the report said. 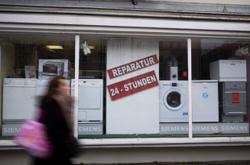