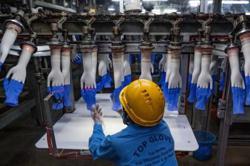 KUALA LUMPUR: Malaysia's Felda Global Ventures Holdings, the world's third largest palm oil company by acreage, is set to price its up to US$3.2bil IPO at the top of an indicative range, as strong demand from domestic investors helps it counter a recent global trend of failed listings.

The world's second biggest initial public offering this year behind Facebook Inc's US$16bil offering will put Kuala Lumpur on par with Shenzhen as the main IPO destination in Asia-Pacific, leaving behind Hong Kong, which grossed the highest IPO proceeds in the world in both 2010 and 2011.

Felda prices its offering as Malaysian stocks have underperformed peer markets in South-East Asia. The benchmark index is up 3% this year, lagging Vietnam's near 22% gain, the Philippines' 16% rise and Thailand's 13% increase.

Yet two IPOs in Malaysia were among the top 10 best performing offerings in 2011. Sugar refiner MSM Malaysia Holdings, which raised US$270mil in June and is controlled by Felda, is up 50%, while offshore oil and gas service provider Bumi Armada

is up by more than a third since its July IPO.

And, feeding the optimism ahead of the Felda share sale, Gas Malaysia jumped on its market debut on Monday and has gained more than 10%.

The IPO underscores how Malaysia's equity market has been partially insulated from global volatility as it is dominated by local investors and a large domestic pension fund system.

There is also significant political capital invested in stateowned Felda's share sale, which is set to deliver a windfall totalling more than US$500mil to tens of thousands of small landholders in what is likely to be an election year.

Demand for Felda shares from institutional investors has been 30 times larger than the amount of shares on offer, excluding shares set aside for cornerstone investors, Thomson Reuters publication IFR has reported. The company is offering 2.19 billion shares in a range of RM4-RM4.65, putting the base offering at up to RM10.18bil (US$3.2 bil).

The company had received enough orders to price at the top of the indicative range, said a source with direct knowledge of the offering who was not authorised to discuss the matter publicly.

Felda executives and its bankers would decide on the final pricing late yesterday and might choose to price below the top of the range to “leave some money on the table,” the source added.

A successful Felda IPO will end a drought in Asia-Pacific offerings, where deal volumes, including follow-on, have almost halved this year to US$67.8bil, Thomson Reuters data show.

About a fifth of the proceeds will be handed out to 112,635 landholders, or settlers, giving them each a windfall of nearly US$5,000 more than the annual minimum salary and adding to the economic feel-good factor the ruling National Front coalition is trying to generate ahead of an election expected this year.

Hong Kong IPOs have had their slowest start in about four years, with offerings down 85% in January to May. - Reuters 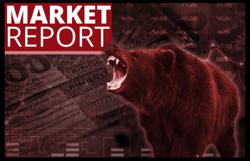