AS a man who has travelled far and wide to various countries and having been exposed to many different cultures, Professor Emeritus Datuk Zakri Abdul Hamid, science advisor to the Prime Minister, still pledges his loyalty to his home country, Malaysia. He labels himself a “global citizen with a passionate love for his country”.

“Given my experiences, I think Malaysia is still one of the best countries to live in,” he says.

Zakri speaks of the sense of peace he feels in Malaysia. “It is a country which is tolerant and celebrates the diversity of the human race. This is not something you can find in many places.”

Malaysia evidently takes up a very special place in his heart as he shares his life experiences, his passion for all things science, and his personal life with StarBizWeek.

His inquisitive mind as a young boy fuelled his passion for science. Being a kampung boy and having been brought up in an environment close to nature, he often questioned his surrounding. He believes that life is so full of the phenomenon of science; from the trees to the sea, and to the sky.

“All these really needed some form of explanation. Gradually, I learnt to appreciate that science has many answers for these things,” he says.

To understand the phenomenon of life is to take on an education process, to which science provides the window to that knowledge. Zakri slowly became increasingly interested in life sciences, in particular the field of biosciences. “It is the simple things in our everyday life, which have a scientific basis,” he explains.

Many of the problems faced by today's world including global warming and food security stems from some kind of explanation by science. Science affects our daily lives, and there is always an express of interest that it provides the key to socioeconomic development.

This relates to Zakri's current role as the science advisor to Prime Minister Datuk Seri Najib Tun Razak. In striving to achieve Vision 2020, Malaysia has aspirations to be recognised as a high-income nation.

“This has to be underpinned by our mastery of science and technology. The basis of our national wealth is in a knowledge-based economy,” he says.

Therefore, there is a need for Malaysians to be competent in science, and this has been inbuilt in Zakri. In his role as the science advisor, Zakri has seen the national statistics and sadly says that the interest in science has been dwindling.

“The situation is not very rosy. So, we do need to arrest that. Part of my role as a science advisor is to look for ways to control and alleviate this problem,” he says.

In Zakri's capacity as a science advisor, he also chairs the National Science and Research Council. He says that among the things that the council will like to do is to re-launch some of the national science, technology and innovation policies.

“Increasing public awareness of science is definitely high on the list of things to do, besides promoting R&D (research and development),” he notes.

He explains that his job is about the science in policy making. It is making scientific knowledge relevant to the Government and politicians.

Zakri most definitely supports the Prime Minister's agenda. This includes efforts that are being put into developing the National Key Economic Areas. He says that there is a huge need for educated people, especially in science and technology fields in this country. Another of Zakri's role is to increase the level of R&D investment in Malaysia. Currently, it stands at 0.82% of the country's gross domestic product (GDP). The government aspires to bring it to at least 1% of GDP. Zakri also tries to facilitate science issues to the public.

Besides his main official role, Zakri is also the chairman of the National Professors Council and co-chairman of the Malaysian Industry-Government Group for High Technology (MiGHT).

Zakri graduated from Michigan State University in the United States with a PhD in 1976. His field of study was in genetics and plant breeding. After finishing his doctorate degree, he came back to Malaysia and became a lecturer. He was promoted to full-fledged professor at an early age of 37. He was a professor until 2000.

“My last role at Universiti Kebangsaan Malaysia (UKM) was deputy vice-chancellor of academic affairs,” he says.

During the years 2001 till 2008, Zakri held the role of director of the Institute of Advance Studies at the United Nations University in Tokyo, Japan. Something worth noting is that he was given the title of professor emeritus by UKM in 2002.

“Once conferred the title, you can use it for life,” Zakri says with a smile.

“I was taken on as the science advisor due to my experience at the UN,” Zakri says.

Throughout 2001 to 2005, he was the co-chair of a mega science study, which was endorsed by the UN. The Millennium Ecosystem Assessment was a study undertaken to assess the planet's state of health. 1,360 experts from 95 different countries carried it out over five years. One of the findings is 60% of ecosystem services are being degraded.

“Ecosystem services are what the environment provides us with, such as food, clean water, shelter, and clean air. It is not a good sign that the pre-requisites to life on this planet are being degraded,” he says.

“I feel like an immortal person. My name is immortalised, even after I am gone. It is a good feeling,” he laughs.

These species were newly found by science at the time. He says, “While talking to my colleagues about these species, it showed me that there are many more species out there that are unknown to science.” It is estimated that there are between 15 million and 30 million species in the world. However, only about 1.75 million species have been discovered.

Zakri says Malaysia represents one of the 17 mega-diverse countries, which has a high proportion of biological diversity in any one place. Due to environmental degradation, there is a fear that before science discovers a species, it will be annihilated.

The Day After Tomorrow is a movie that sums up Zakri's concerns about the public's awareness of science in everyday living.

“I can't say that we are ignorant, but there is certainly room for improvement in appreciating science. If the public were more aware about the effect of global warming and the catalysts for it, perhaps they will support scientific causes more,” he says.

He notes a case in point, which is an ongoing controversy of the building of a rare earth plant in Kuantan. Zakri says there is a big scientific and technological aspect to it and if the public was more informed of its scientific ramifications, perhaps they would be more considerate in putting their views across.

“The basic general science is not enough. There has to be an effort to make it a fun and interesting subject,” he expresses. Also, beyond promoting science as just a profession, he says there should be an approach to further educate the public.

Through the Global Science and Innovation Advisory Consul, the office of the science advisor through the Prime Minister, is collaborating with colleagues in the United States to benchmark the best practices there in science, technology, engineering and mathematics that can be adapted.

“These are some of the steps we are taking in the mid-long term to improve the education here,” he says.

“I'd like to impart on my children a sense of fair play to be good citizens not only of Malaysia but also globally,” he says.

Having exposed them to different international settings while they were still young, he opines that all five of them have a broad outlook about goodwill.

His children are now between 22 and 31 years of age and are deeply entrenched with the Malaysian culture despite having spent some amount of time abroad. His wish for them is to be single minded in life, in order to pursue their ambitions.

“I am very close to my children. It has been fun bringing them up. Like me, they have also seen many parts of the world, so that has influenced their view of the world. I'm very proud of them,” he says.

“There's a saying in Bahasa Malaysia, which is duduk sama rendah, berdiri sama tinggi. I think the most important thing that I'd like to see is for Malaysia to be put in the same league as advanced countries. We are no less capable than others in this world,” he says. The saying means the same criteria applies to different countries to grow.

One of the principles he lives by each day is the fact that life should be like an aeroplane.

“The higher you go the less noise you make,” he laughs. In the same way, he feels that although we must be confident, we should not be arrogant.

“I think we have something very good here and I don't think we should spoil it,” he says.

Zakri always enjoys being in Malaysia. Every time he is away, he misses his nasi lemak, kuey teow, and roti canai.

“The eateries here are open 24 hours. There's almost no other place in the world you can get that,” he says. 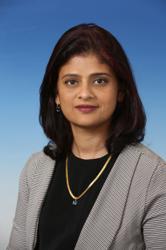