, would look at drawing up a risk structure within Pos Malaysia to address concerns surrounding the matter.

Last Friday, government-investment arm Khazanah Nasional Bhd announced that it was selling its 32.21% stake in Pos Malaysia to DRB-Hicom

. While it is learnt that Tricubes' proposal has caught DRB-HICOM by surprise, the latter is trying to figure out how to arrest the potential decline in Pos Malaysia's mail business, especially since its mail volumes decline between 3% and 4% on a yearly basis.

Pos Malaysia officials could not be contacted for a response on the matter. OSK Research said Tricubes' proposal could impact the postal service's mail volumes as Tricubes sought to send out government notices such as income tax assessments, driving license renewal, quit rent reminders, Employees Provident Fund statements and notices of summons to account users initially.

“As such, it is hoped that the potential Bank Muamalat (a DRB-HICOM unit) tie-up would add value to Pos Malaysia's retail operation to offset the organic decline in its mail business going forward,” OSK Research said in a report yesterday.

A foreign research analyst covering the postal company said the impact on its topline would be minimal and that Pos Malaysia's business growth would highly depend on its periodical mail and parcel business.

“It's hard to say what the impact would be on Pos Malaysia's standard snail mail as a result of Tricubes' proposal.

“Firstly, the e-mail is said to be a voluntary service and it's difficult to gauge how many people would subscribe to Tricubes' service,” he said.

Tricubes clarified in an announcement to Bursa Malaysia last Friday that Malaysians aged 18 and above could subscribe to the e-mail voluntarily, following brickbats that came fast and furious from the public about the need to subscribe to such a service when the project was first announced last week under the Economic Transformation Programme.

Tricubes said it had a key performance initiative of securing 100% of Malaysians aged 18 and above by 2015 as any project would have targets for performance monitoring and accountability but it did not mean that Malaysians would be assigned to the service.

The company added that while its e-mail service would be no cost to users, its revenue sources would come from value-added services, including bill and notice presentment (which is expected to result in government savings on postal and printing costs), job boards and online registration to government agencies. 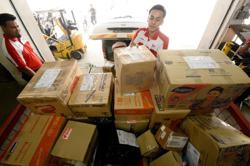 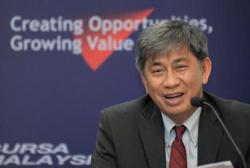