KUCHING: A Dutch consultant report recommending the inclusion of greenhouse gas emission from peatland as a criterion for Roundtable on Sustainable Palm Oil (RSPO) certification has been rejected.

The report has been contested and disqualified by a scientific findings from the Tropical Peat Research Laboratory Unit of Sarawak Chief Minister’s Department that carbon dioxide (CO2) emission from oil palm plantations on peatland is lower than that of forest peat swamp, said the unit’s director Dr Lulie Melling.

The findings also revealed that CO2 emission from plantations on tropical peatland decreased over time.

“This is the achievement we have attained in the international locus standi on peat research,” she said at the unit’s first open day here yesterday.

Dr Lulie said the unit, which had facilities to carry out greenhouse gas, peat soil, plant, water and microbial analysis, collaborated with more than five Japanese universities, including Hokkaido University and Forest Research Institute Japan, in its research activities.

She said the unit had started several research projects to reinforce its earlier findings and to further understand peatland problems in order to address them.

“These projects are carried out for an average of five years,’’ said Dr Lulie, who will be the first Asian to take over the International Peat Society presidency in 2016. The projects would cost some RM15mil.

For the carbon flux study, she said three 40m-tall Eddy Covariance towers had been set up in an oil palm plantation in Sibu, a logged-over forest in Betong and Maludam National Park in Lingga.

Experts from the Hokkaido University have completed the Eddy Covariance training for local researchers on maintenance, data downloading and data handling.

Later, Dr Masing told reporters that he was confident that the research findings from the Tropical Peat Research Laboratory Unit would be useful to counter the various allegations and campaigns against oil palm cultivation on tropical peatland mounted by western non-governmental organisations (NGOs).

He said the NGOs’ accusations were “half truths” and that their reports on oil palm were biased as they were sponsored by interested business groups on economic rivalry due to the threat posed by palm oil to soya beans and red seeds. 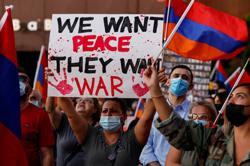