KUALA LUMPUR: The Government is looking at revamping the entire Employment Act 1955 to enable flexible employment conditions and to adjust to the welfare needs of employees.

Dr Fong said there was a need to make changes to the labour legislations in order to allow employers to adjust to the size of the workforce in accordance with the market place, to woo foreign investors.

“Although it is necessary to have a comfortable and responsive market, the ministry also needs to create a safety net for retrenched workers.

“I had sent my officers to Britain and Australia to examine the changes made to their labour legislations which are more flexible and responsive to the needs of the globalised world. These two countries responded well to the new working environment.

“Therefore, the ministry, the Malaysian Employers Federation (MEF) and the Malaysian Trade Union Congress (MTUC) are now discussing on how to make the Act more flexible to suit to the current changes in the market,'' he told reporters after launching the Employment Contract Law conference at a hotel here on Monday.

The two-day conference was organised by M2 Asia Sdn Bhd to look at the employment law contract that governs the current employment relationship.

Dr Fong said discussions on the matter would continue with MEF and MTUC through a special committee headed by the ministry’s secretary-general.

He said the ministry had also received feedback from multinational enterprises citing that the labour laws and conditions in the country were a little bit too rigid.

He added that in order to continue to attract foreign and domestic investment, it was important for the ministry to take into account the observation, and make further improvements.

“For example, they feel the resolutions of labour disputes take a long time once in the Industrial and Civil courts.

“They would like to see the disputes settled fast and amicably, and not dragged on forever,'' he said, adding that the ministry was looking into the matter. 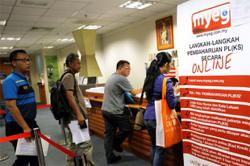 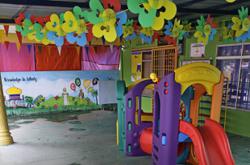 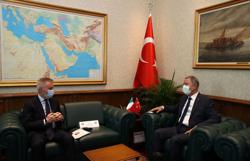