Tokyo stocks close lower Friday, US$ up against yen

The U.S. dollar was up against the Japanese yen.

Tokyo stocks began their fall soon after the open amid a lack of fresh market-moving news.

Investors, who have been cautious about taking aggressive positions ahead of company results due out starting next week, dismissed Wall Street's meager gains and sent local technology stocks lower.

Chipmakers Advantest, Tokyo Electron and other tech-related issues like Canon and Sony were down Friday.

Some major auto issues such as Toyota Motor and Honda Motor were among the losers.

In New York overnight, a spate of bargain-hunting nudged stocks slightly higher but the market remained sluggish amid lingering worries about the U.S. economy's health.

In currency dealings, weak Japanese economic data and sluggish Tokyo share prices gave the U.S. currency a fleeting lift against the yen, although the greenback later remained in a narrow range.

Japanese government data showed business activity in May slipped 0.7 percent from a month earlier, pulling back after two months of solid expansion.

The drop in the Ministry of Economy, Trade and Industry's all industry index, a supply-side measure of economic growth, missed economists' expectations for a slight 0.2 percent rise on average.

May's decline came after a 2.3 percent jump in April and a 1.6 percent rise in March. 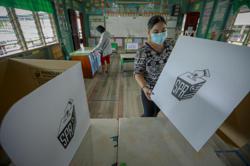 Stay on top of the Sabah polls, stay tuned to The Star 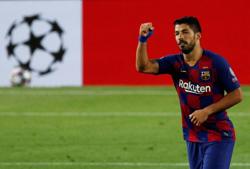