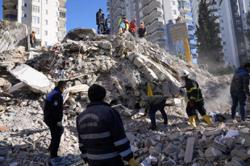 Muhammad Azri Ramlan (right) and his parents-in-law at their temporary home. They are among seven people who lived in the flat that caught fire. - ST

SINGAPORE (The Straits Times/Asia News Network): The family living in a flat that caught fire at Block 91 Henderson Road has offered their condolences to the family of a firefighter who died while putting out the blaze on Thursday (Dec 8).

Muhammad Azri Ramlan, 21, who was in the unit when the fire broke out, said on Friday as he held back tears: “It’s very sad to know of his death. On behalf of my family, I would like to say sorry to his family for their loss.

“They have a great son — he’s an NSF (full-time national serviceman), like me — and he put his life at risk to save others.”

The Singapore Civil Defence Force (SCDF) said on Thursday that it was alerted to the fire at about 11.10am.

It added that when SCDF arrived at the scene, the fire was raging inside the unit and the corridor was filled with smoke. Firefighters, donning breathing apparatus, had to force their way into the affected fourth-floor unit of the block in Bukit Merah.

A 19-year-old firefighter who was serving his full-time national service died at the Singapore General Hospital after he fell unconscious when putting out the fire.

The SCDF said he fell unconscious in the kitchen area of the flat. Investigations are ongoing.

The corridor outside the flat that caught fire was charred, and its floor damp, when ST visited on Friday morning.

Workers were fixing the wiring hanging outside the units along the corridor. Several SCDF officers appeared to be inspecting the unit while others wheeled away large waste bins filled with burnt debris.

According to Azri, seven people lived in the flat - Azri and his wife Sri Ayshah Putri Jamari, their seven month-old baby, Ayshah’s 13-year-old sister and 16-year-old brother, as well as Ayshah’s parents.

Only Azri, Ayshah and her sister were in the flat when the fire broke out - her parents were at work and her brother was not at home, while their baby was at an infant care centre.

Azri said he and Ayshah were sleeping in the bedroom of their two-room flat on Thursday morning when they were roused by the strong smell of smoke.

He woke up to find the room quickly being enveloped by bright orange flames, and rushed out of the flat with his wife and her sister.

“We were at the front gate when we realised we didn’t have a key, so I went back inside the room to (get mine). Then we ran out, told our neighbours that the house was on fire, and I called the police,” said Azri, who spoke to The Straits Times in a flat on the 10th floor of the same block. The family was moved into the flat on Thursday night, following the fire.

“It was a traumatic experience. The heat was unbearable, and the smell of smoke is still fresh in my mind. Luckily, our baby was not at home,” added Azri, who was on medical leave from his national service as he had a fever from a booster jab.

He is currently waiting for his national service posting.

Student Noor Shahefan, 18, and his nine-year-old sister were using their mobile phones at home - one of the units on the fourth floor - when the fire happened.

He opened the main door upon smelling smoke and saw thick fumes billowing in from the corridor.

Realising it was a fire, he asked his sister to wait in the toilet as he covered the gap under the door with a damp cloth.

Shahefan said: “It was my first time experiencing a fire in real life... I also feel sad (for the firefighter who died). My prayers are with him and his family.”

Azri and his family returned home on Friday morning to salvage whatever they could.

Azri said: “I only managed to take my baby’s pram. The rest of the items, including my important documents and our marriage certificate, are all lost.”

His father-in-law Jamari Yatno was visibly upset and in tears when ST visited their temporary home on Friday.

ST understands that six households on the fourth floor, including Azri’s and Shahefan’s, have temporarily moved to other vacant units in the same block or nearby, while clean-up and repair works take place.

Community and grassroots volunteers also helped to provide items such as mattresses and food to the households that had moved into temporary shelter. 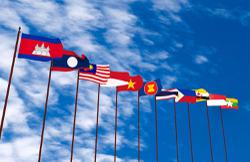