Huge attraction: Tourists posing for photos at the Plain of Jars, a megalithic archaeological landscape in Xieng Khuang province. — Xinhua

The formal declaration of the Plain of Jars as a world heritage site took place during the 43rd Session of the World Heritage Committee in Baku, Azerbaijan, on July 10, 2019.

Speaking at the event, Minister of Information, Culture and Tourism, Suanesavanh Vignaket, said the Plain of Jars world heritage proposal involved 11 separate sites that contained 1,325 large and small ancient stone jars in the districts of Paek, Phaxay, Phoukoud and Kham.

The jars were carved from sandstone and granite, and their size ranges from very small to about 3m in height. They are thought to be 2,500-3,000 years old.

There are also a number of stone slabs, which are thought to be lids for the jars, or tombstones, while tools and other items of archaeological interest were found around the jars.

The Plain of Jars is located at the intersection of two major cultural systems during the Iron Age in South-East Asia and the area is known to be a place of migration within the region, resulting in trade and cultural exchanges, said Suanesavanh.

According to experts, the Plain of Jars comprises about 80 distinct sites but only 11 are included in the listed area as they have the highest concentration of stone jars. 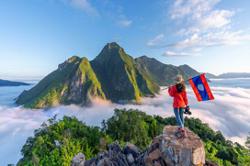 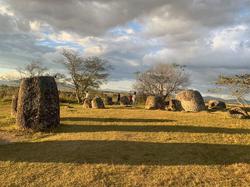