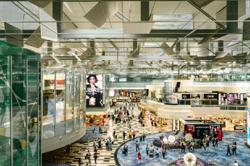 Confirming the date in a joint statement with Changi Airport Group (CAG) on Thursday, the group said the first Jetstar Asia flight to arrive at T4 on that day will be from Manila at 12.40am, with a flight departing for Manila at 6.15am.

The first Jetstar Airways flight to depart from T4 will be to Melbourne at 10.10pm on March 22, with the return flight arriving in Singapore the next day at 10.10pm.

Jetstar Asia will initially operate more than 200 weekly services from T4 to and from South-east Asian destinations, while Jetstar Airways will continue to fly between Singapore and Melbourne up to six times a week.

In July, Jetstar had refused to shift from Terminal 1 to T4 after CAG announced the relocation. The airline subsequently said on Nov 4 that it would move to T4, following months of talks and a joint study by CAG and Jetstar on the potential impact of the move.

On Thursday, both parties said the relocation to T4 will enable Changi Airport to optimise the use of its aircraft gates to meet the growing demand for air travel, while allowing Jetstar to grow.

Barathan Pasupathi, chief executive of Jetstar Asia, said the airline will continue providing low fares for customers after the relocation as it ramps up operations.

“Many of our customers take advantage of Jetstar Asia’s extensive South-east Asian network from this global hub, and so it was important for us to also relocate to Terminal 4,” he said.

T4, which has a capacity of 16 million passengers per year, had reopened on Sept 13 after a hiatus of more than two years due to the pandemic.

Fourteen airlines have moved their operations to T4, including Air Asia Group, Cathay Pacific and Korean Air, and CAG said the terminal has handled more than one million passengers since its reopening.

Jetstar was initially slated to move to T4 on Oct 25. But after CAG announced in July the list of airlines that would shift to the terminal, Jetstar said the decision was taken “unilaterally” and done in bad faith before any agreement had been reached.

Jetstar, which mainly operates out of T1 with limited arrivals at T2, said then that the move would affect its customers, people and operations, but did not give details.

It uses Singapore as its South-east Asia hub, with many of its passengers flying in on longer-haul flights on carriers like Qantas, before taking Jetstar Asia flights within the region.

Observers said Jetstar’s unhappiness with the move stemmed from its high reliance on connections with other foreign airlines. T1 offers better connectivity to the other terminals than T4, which is located further away.

CAG had said in July that it began engaging Jetstar on relocating to T4 in 2019 before the pandemic, when the airport was experiencing tight capacity during peak hours.

It said it had studied various scenarios of airline terminal allocation across its four terminals, and that the best solution was to move Jetstar to T4, to support Jetstar’s and other airlines’ growth at Changi. 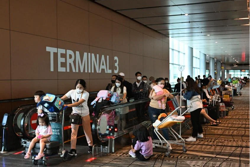 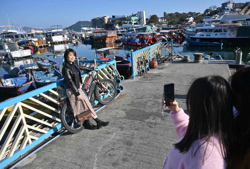