MANILA (Philippine Daily Inquirer/Asia New Network): The World Boxing Council on Wednesday (Nov 30) said it established a special panel to review the comments made by referee Carlos Padilla (pic), who admitted he facilitated a rigged result in Manny Pacquiao’s infamous fight against Australian Nedal Hussein in the year 2000.

Padilla got himself in hot water after he recalled in an interview posted on the WBC’s YouTube channel how he helped Pacquiao recover from a fourth-round knockdown and beat Hussein in their WBC International super bantamweight title bout held at Ynares Center in Antipolo.

In a statement released on the WBC website, WBC president Mauricio Sulaiman added Padilla’s daughter, Suzy Padilla-Tuano wrote a letter to the boxing community, saying English remains his father’s second language and “communications can be misconstrued and well-intentioned words can be misinterpreted.”

“My father is an 88 year old man who is just that – old and aging! Despite the fact that he has been living in the United States for decades, English remains his 2nd language. Communications can be misconstrued and well intentioned words can be misinterpreted,” wrote Suzy Padilla-Tuano.

“The present situation is one such glaring example of what might have actually been said, (no pun intended). and what may have been taken out of context.”

The daughter of the boxing referee said her dad does not need controversies at this very late stage in his life, encouraging the community to appreciate his contributions to the sport and “give some well-deserved consideration.”

“My father is a decent and honourable man. He dedicated his life to boxing and boxers and cared for them and their well being, regardless of nationality or circumstance. He refereed numerous historic fights with the likes of Muhammad Ali, Hagler, Leonard, Hearns, and many more fighters for the entirety of his career,” she said.

“He has since retired and has been out of the spotlight for as long as I can remember. Oh, but he loves to talk and entertain because like any other human, he still yearns to feel relevant. I invite everyone to ask about Carlos Padilla among his peers: promoters, fighters, referees or anyone from his era and hopefully. you will learn about my father’s true character.”

Sulaiman said the WBC understands the situation of Padilla but will not make any public statements with regard to the controversy as they review the matter.

“The letter is self-explanatory and I, as President of The WBC, as well as a human being who has known Padilla since I was 10 years old, can certainly empathise with Suzy and the contents of her letter to the boxing Community,” Sulaiman said.

“I will personally follow the process in the meantime, The WBC will not make any further public comments.” 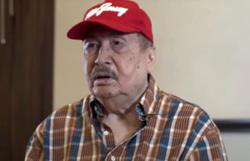 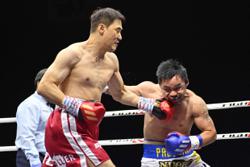