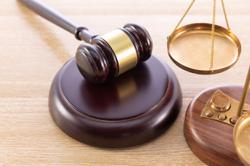 BANDAR SERI BEGAWAN (Borneo Bulletin/Asia News Network): The Court of three Justices of the Supreme Court who convened for the first time in Brunei, on Wednesday (Nov 30)ordered lawyer Rozaiman Abdul Rahman (pic) be struck off the rolls of Advocates and Solicitors of the Supreme Court of Brunei Darussalam. This means Rozaiman can no longer act as a lawyer.

He was the sole proprietor of the law firm ZICO RAR which then changed its name to Rozaiman Abdul Rahman Advocates and Solicitors.

The landmark case follows a complaint lodged in early 2021 by a client, Nadzaty Azma Abdul Azeez, who was also a family friend.

In 2015, Nadzaty Azma engaged Rozaiman to act against two individuals for defamation.

The court on Wednesday set out that “she paid him BND5,000 in advance for the work he was to undertake as her counsel and adviser”.

“Apart from any damages and costs claimed by her she was particularly anxious to obtain an open public apology,” the court said.

“The action made slow progress” and the complainant became “somewhat anxious as to its progress”.

“Her concern was well founded,” the court further thought.

It was also in the court’s findings that “what had happened, on the initiative of Rozaiman alone, without any recourse to, instructions from or honest information to her, was that he proceeded to negotiate with the defendants’ solicitors in order to obtain a settlement out of court”.

It was further revealed that Rozaiman had accepted BND7,000 “on behalf of his client and created, entirely unknown to his client, the essential court documents to compromise his client’s claim comprehensively.

“At no stage had he communicated to her any aspect of the negotiations and his final, arbitrary actions”.

The court stated that after “settling” the matter, Rozaiman “maintained the subterfuge that the court action was still in being but delayed by pressures within the court system”.

The court then referred to a series of WhatsApp messages between Nadzaty Azma and Rozaiman showing Rozaiman’s continued deception that his client’s court action was still active when in fact he had “settled” it.

The court found that Rozaiman had committed “gross misconduct and dishonesty” and that there were no mitigating factors.

The court added that Rozaiman’s conduct “has all the features necessary to bring it within the category of the worst instances of a lawyer’s breaches of the code of conduct of his profession, with significant degrees of deceit and dishonesty”.

The court endorses the conclusion by the Disciplinary Committee who initially heard this matter that “it became apparent to the committee that his (Rozaiman’s) readiness to plead guilty may have arisen not out of a sense of remorse, but rather an attempt to avoid further and detailed inquiry into the facts of the matter”.

Rozaiman filed a late written submission the day before the court was to rule arguing that at best he was negligent and had not acted dishonestly.

The court dismisses this submission, stating, “(Rozaiman) had failed to realise that the fraudulent aspects of his behaviour were wide ranging: he deceived the court, he deceived his client, he was at least a party to the forgery of her signature and he lied to her on the phone.

“None of his actions can be remotely described as negligent, or in the interest of his erstwhile client. His consideration of what may or may not have given rise to any risks in Nadzaty Azma’s litigation is irrelevant and arrant nonsense. His submission is utterly devoid of any merit or logic.”

The Law Society suggested Rozaiman be given a suspension from practice for a period of three years, but the court disagreed stating, “Public interest and the interest of the legal profession, as well as the founding principles of our legal system, demand the severest penalty.”

The court applied “the time-honoured professional principles in the need to uphold public confidence in the administration of justice and in the integrity of the legal profession; to protect the public who are dependent on solicitors in the administration of justice, to deter similar offences being committed by the errant solicitor, or by other like-minded solicitors; and to punish the errant solicitor for his misconduct and dishonesty”.

Rozaiman was further ordered to pay costs with the court stating: “It is right that he should also be condemned in respect of the costs of the Law Society including these judicial proceedings.” 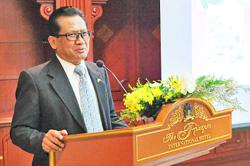