President Joko Widodo gestures during his annual speech at the parliament in Jakarta on Aug 16, 2022. - AFP

In his instruction to Budi, President Jokowi asked if Indonesia could soon take steps to ease some of the Covid-19 restrictions based on guidelines provided by the international organisation.

“Pak President asked me to have a consultation with the director general of the WHO and he told me that locally there are policies that the government can relax,” Budi told reporters.

With regard to declaring an end to the pandemic, Budi however said that the Indonesian government could make the decision only after the WHO had made an official announcement on the status.

“On the issue of timing when to declare the pandemic over, it will be the authority of the WHO, which declared this pandemic a public health emergency of international concern,” Budi said.

Earlier on Monday, President Jokowi said in a speech delivered in Jakarta that he was likely to declare the Covid-19 pandemic over very soon.

"The pandemic is beginning to ease off. Perhaps very soon we will have to declare it over," Jokowi said in a speech delivered during an event for micro, small and medium-sized enterprises.

The President however, warned that the improvement in the Covid-19 situation would not automatically translate into better economic conditions.

Jokowi said that the war currently underway in Ukraine would make it difficult to achieve a quick global recovery.

"The world's economy is not in a good shape. There's a high degree of uncertainty. Most countries in the world are struggling economically including some of the developed nations," he said in the speech, which was uploaded on the streaming service YouTube on Monday. 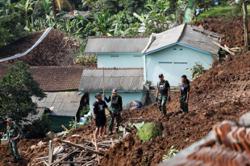