More than 1,000 years needed to clear all UXO from Laos, say experts VIENTIANE, Oct 3 (Laotian Times): Local experts estimate that it would take over 1,000 years to clear all unexploded ordnance (UXO) in Laos at the current clearance rate.

Chomyaeng Phengthongsavath, Director General of the National Regulatory Authority for UXO and Mine Action in Laos (NRA), told the media recently that just one percent of UXOs believed to exist in Laos have been cleared since 1996, while the remaining 99 percent will take 1,860 years to remove at the current rate.

He said that the bomb clearance process in Laos faces challenges that are different from other countries because of the mountainous terrain and thick forests, both of which necessitate the use of advanced technologies and substantial financial resources.

Countless lives have been lost and people have been injured due to accidents involving UXOs, with 63 people affected by UXOs in 2021, according to Chomyaeng.

With confirmed support from several countries’ representatives on the issue, Chomyaeng continued to propose that Salavanh, the province with the fourth-most unexploded ordnance (UXO), be the primary focus of clearance operations this year.

He said that Laos must conduct research and educate the local population in Salavanh, especially schoolchildren, on how to protect themselves from UXOs.

He also said some US$80 million is required each year to implement the National Strategic Plan for the UXO Sector, while only around US$30 million has been raised through donors and non-government organizations.

Chomyaeng noted that he hoped local and foreign parties would collaborate to eliminate the remaining UXO and urged all parties engaged to support the process.

The issue has attracted international attention, with Hollywood actress Rosamund Pike signing on with Mines Advisory Group to support a campaign to raise funds for UXO clearance in Laos. 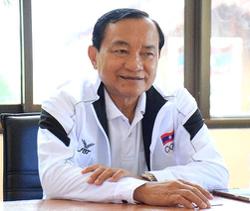 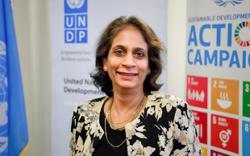