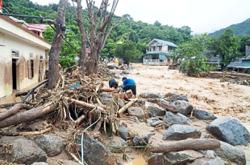 HANOI, Oct 3 (Vietnam News/ANN): Heavy downpours and floods in the north central region claimed the lives of eight people in the two provinces of Nghe An and Ha Tinh as of Sunday (Oct 2) evening.

According to the standing office of the National Steering Committee for Natural Disaster Prevention and Control, in Thanh Hoa, Nghe An, and Ha Tinh, 26 houses saw over 70 per cent of their structure damaged, 143 had their roofs blown off, 55 were affected by landslides, and over 14,000 submerged. More than 2,000 families had to relocate.

According to the National Centre for Hydro-meteorological Forecasting, on Monday, heavy rains will continue across Vietnam.

Downpours are forecast to reduce in the north central region on Tuesday, but continue in the south central, Central Highlands and southern regions in the following days. 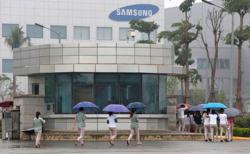