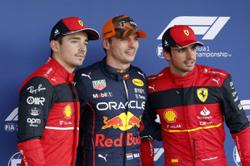 SINGAPORE, Oct 3 (dpa): Max Verstappen will have another chance of clinching the Formula One championship title prematurely in Japan on Sunday, after missing the first opportunity at the Singapore Grand Prix.

The Red Bull driver was only seventh after a weekend that didn't work in his favour and is currently leading the drivers' championship with a 104-point advantage over second-placed Charles Leclerc of Ferrari.

Verstappen needs to be 112 points clear of Leclerc after the race in Suzuka to ensure he secures the title with four races to go this season.

Victory at Suzuka without the bonus point of the fastest lap will see Verstappen crowned champion if Leclerc finishes lower than second.

However, if the Dutchman wins and also sets the fastest time, he can celebrate back-to-back titles irrespective of where Leclerc finishes.

His chances of celebrating the championship trophy in Japan are gone if he ends the race outside the top six. - dpa