Following the ban from Malaysia, the Singapore Food Agency (SFA) gave approval for Indonesia to export frozen, chilled and processed chickens to Singapore in June. - The Star/ANN

SINGAPORE, Oct 1 (The Straits Times/ANN): Malaysian chicken farmers said they are not ramping up production for export to Singapore until they get more clarity on when the existing export ban will be lifted.

Speaking to The Straits Times on the condition of anonymity, the farmers added that they are afraid the ban would be extended again, leaving them with a surplus of chickens and monetary losses.

This means that Singapore may not be able to get a full supply of fresh chickens from Malaysia immediately when the ban is eventually lifted.

Malaysia first banned chicken exports on June 1 owing to a shortage in domestic supply. The ban was supposed to be lifted in July, but it was delayed to August and then moved to October, with no clear end date in sight.

A farmer who caters mostly for overseas sales said: "We've been kept in the dark and have no idea what is going to happen and when. Some of us have lost faith in these promises from the government and many of us are already thinking of how to move our operations to Indonesia."

Malaysia used to export about 3.6 million chickens to Singapore monthly, meeting about a third of the demand for chickens in the Republic.

Following the ban, the Singapore Food Agency (SFA) gave approval for Indonesia to export frozen, chilled and processed chickens to Singapore in June.

Indonesia has since been looking at setting up farms in Batam to export fresh chickens to Singapore.

Malaysian farms are required to get approval from the country's Ministry of Agriculture and Food Industries before resuming exports to Singapore.

Farmers raised production in anticipation of the lifting of the ban in July and August. But their hopes were dashed, and the surplus was sold at a loss.

"This time round, they are waiting for a more definite date before doing anything."

There are 115 chicken farms in Malaysia that are approved by the SFA to export live chickens to the Republic. Of these, 91 are in Johor.

He explained that farmers have been able to survive because the deficit was made up for by grants from the government. But the farms geared mainly for exports did not get the grants.

Lau said the current situation would likely result in Singapore getting a full supply of fresh chickens only about a month after the ban is lifted, as it takes about 30 days for a chicken to grow to its full size.

Checks by ST found that there is currently a strong supply of fresh chickens available at the markets in Johor.

A notice at a supermarket at Aeon Mall Tebrau City said each shopper could purchase only a maximum of two whole chickens, but an employee clarified that there was no longer a limit on purchases as the supermarket had ample supply.

Lau said the chicken shortage came to the forefront of public discussion in Malaysia only in May, after KFC announced that it had a shortage and was swopping out parts of orders for chicken for other menu items.

He said the shortage then was caused by the rising price of chicken feed and a lack of manpower, owing to travel restrictions and a lack of quarantine facilities for foreign workers.

But he said that those issues have now been dealt with, and the domestic supply has stabilised.

"The supply in Malaysia is now 116 per cent of the domestic demand," he said. "The export market to Singapore would take up only 5 per cent, so we actually have enough chickens to go around."

But while there is a surplus of chickens, many of the farms are not approved by the SFA, and would not be able to export to Singapore when the ban is lifted.

Lau hopes that the government will engage the players in the chicken industry more closely.

"As long as the (Malaysian) government gives us a definite date for exports to resume, we can work together, also with the Singapore Government, to restore supply," he said.

But many farmers told ST they are less optimistic.

One said he is afraid the market share in Singapore has already been lost. "If this goes on, Singaporeans will find other sources of fresh chicken or stick with frozen chicken," he added.

"I'm also afraid the politicians will politicise this issue and make us out to be the bad people in the upcoming elections." - The Straits Times/ANN 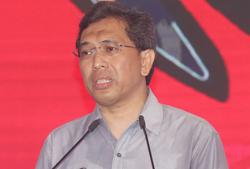